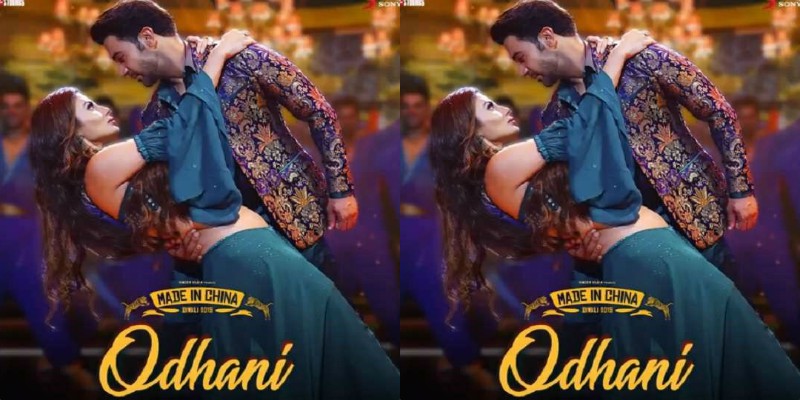 The makers of Made In China are out with its first track, Odhani, Starring Mouni Roy and Rajkummar Rao, a Gujarati garba song that has been recreated a number of time, this Odhani is said to be the ‘modernised version’.

The song has been crooned by Darshan Raval and Neha Kakkar, composed by Sachin-Jigar, the song has been written by Niren Bhatt and Jigar Sariya. The song has gone viral with 10 Million hits and trending on the 5th place on You Tube.

Directed by Mikhil Musale and is produced by Dinesh Vijan, Made in China is the story of a jugaadu Gujarati businessman, Raghu (Rajkummar), who goes to China to become an entrepreneur. He finds ‘Chinese Viagara’ and sells it back home in India; Mouni plays Rajkummar’s wife, Rukmini.

The film explores the story of a Gujarati businessman, played by Rao, who goes to China to increase his business prospects.

Initially planned to be released in August 2019, the film is scheduled to be theatrically released in India on 25 October 2019, on the occasion of Diwali.