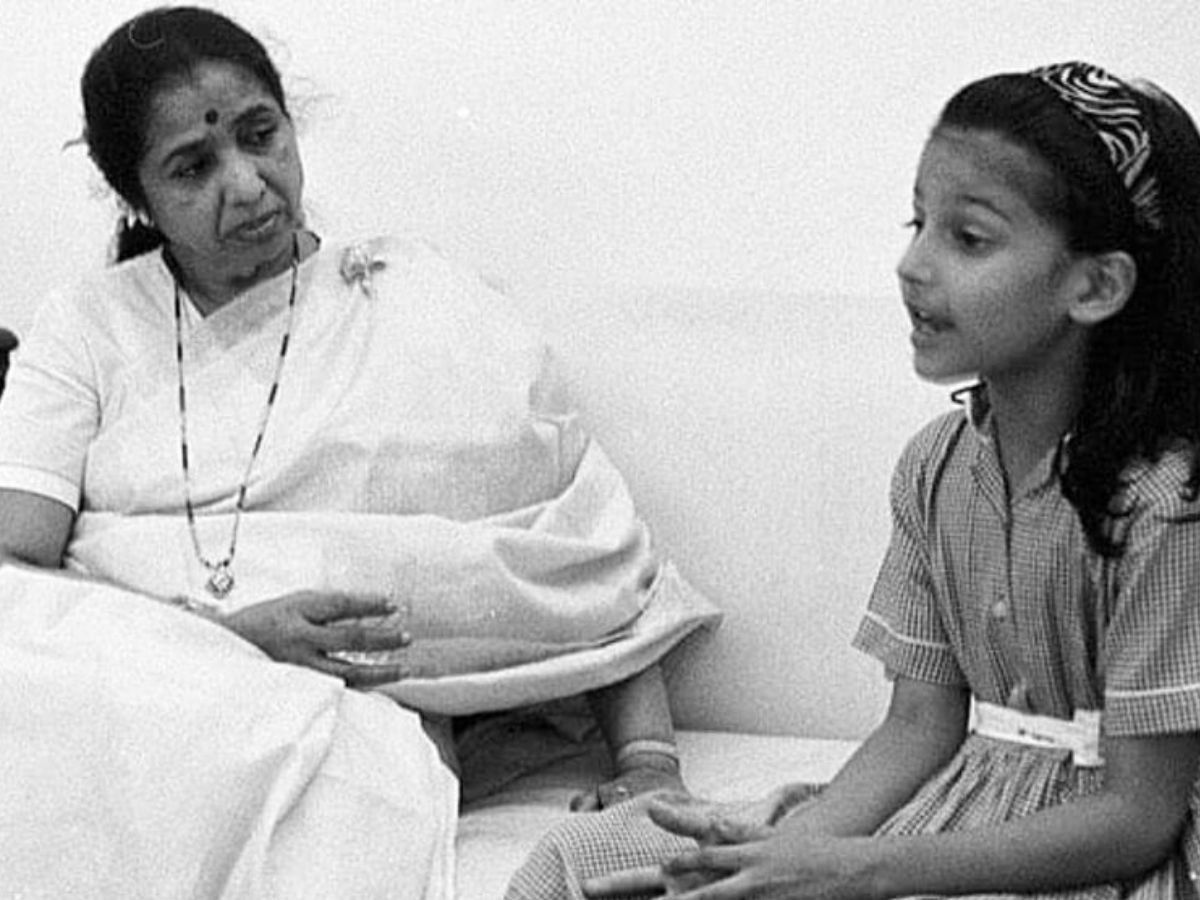 Actor Shruti Haasan took to Instagram to share a childhood picture of herself, in which she is seen performing in front of legendary singer Asha Bhosle. In the photo, she is seen wearing her school uniform with her hair pulled back with a hairband, as she sings with an expression of concentration on her face.

“I even remember this day and being so so nervous to sing in front of the legend herself! Such a beautiful memory – Thankyou so much for sharing,” Shruti wrote on Instagram, as she reposted a picture shared by one of her fan clubs.

Shruti, who is a gifted singer, was just six when she made her playback debut with the National Award-winning Tamil film Thevar Magan, starring her father Kamal Haasan. She has sung songs in a number of films, including ‘Chachi 420’, ‘Hey Ram’, ‘Luck’ and ‘D-Day’. She was also the vocalist of an alternative rock band, The Extramentals.

Shruti was last seen in Priyanka Banerjee’s short film Devi, alongside Kajol, Neha Dhupia, Neena Kulkarni, Mukta Barve, Sandhya Mhatre, Rama Joshi, Shivani Raghuvanshi and Yashaswini Dayama. The film, which released last week, was at the center of a controversy after a film student named Abhishek Rai alleged that it was plagiarised from his five-and-a-half-minute film titled Four.

I Am Choosy About My Scripts Says Sharad Kelkar