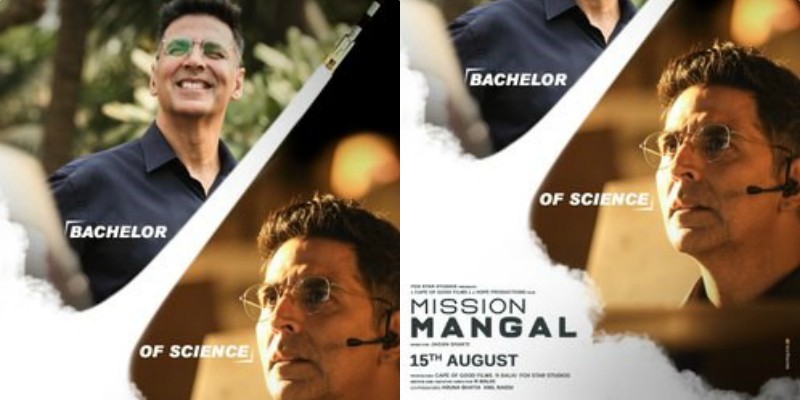 Superstar Akshay Kumar drops a stunning new poster of his character from forthcoming sci-fi drama Mission Mangal. The actor will be seen playing Rakesh Dhawan, in the film and the second trailer for the film will be out today.

The makers of the film have kick-started a new promotional campaign where they are introducing individual characters from the film. Akshay Kumar plays the role of a scientist, who believes in experimenting.