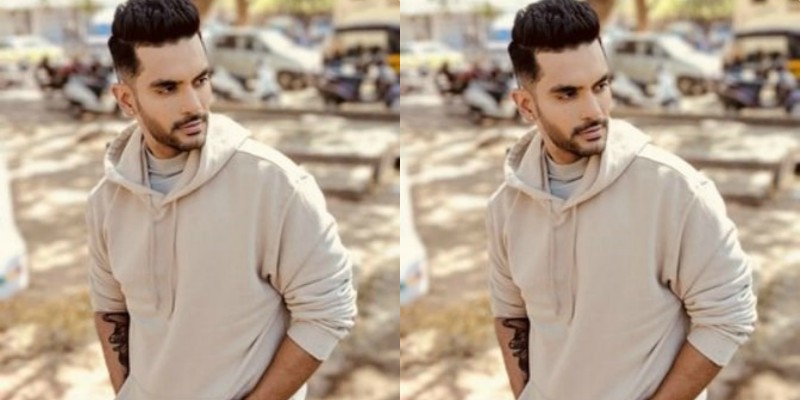 Actor Angad Bedi’s first look as Robin from the upcoming film ‘The Zoya Factor’ is finally out and you can’t miss his Uber Cool Avatar!

The actor Angad is all set to smash the ball out of the park, with his ace act in the movie. The film based on Anuja Chauhan’s best-selling novel by the same name stars Dulquer Salmaan and Sonam Kapoor.

Angad plays a crucial part in the Indian cricket team in the film and the movie takes the audience into the psyche of the cricket team. As far as his look goes, Angad underwent a series of trials and changes before nailing the final ones for the film based on what his character is!

The Zoya Factor is directed by Abhishek Sharma and produced by Pooja Shetty Deora and Aarti Shetty. The film is a light adaptation of Anuja Chauhan’s 2008 novel The Zoya Factor, and follows the story of a girl, Zoya Solanki, who becomes a lucky charm for the Indian Cricket team during the 2011 Cricket World Cup.