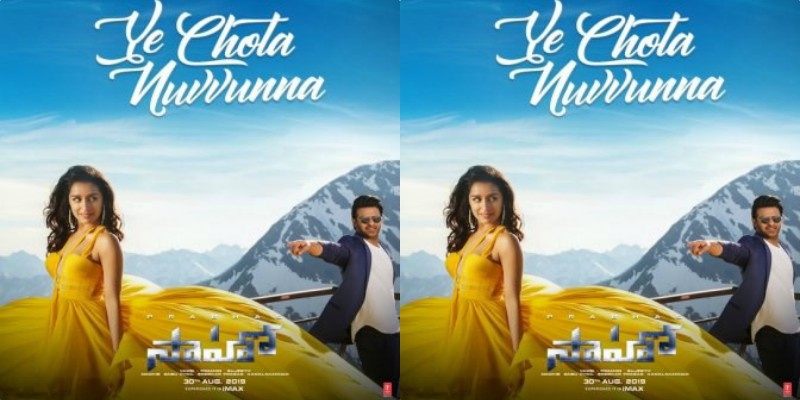 After Pyscho Saiyaan, the makers of Saaho are out with a new song, titled “Ye Chota Nuvvunna” featuring Rebel star Prabhas and Shraddha Kapoor.

The song is sung by Haricharan Seshadri and Tulsi Kumar and composed by Guru Randhawa and it is been written by Krishna Kanth.

The official handle of UV Creations dropped the song on social media. They captioned it, “Experience the love anthem of the year that will make your hearts flutter! #YeChotaNuvvunna Out Now!”

The video sees Prabhas and Shraddha Kapoor romancing at snow-capped locales, with the filmmakers terming it a ‘love anthem’. The actress looks ravishing in the video while Prabhas looks fit as ever.

Saaho is an upcoming action thriller film written and directed by Sujeeth, produced by UV Creations and T-Series. The film and has been shot simultaneously in Hindi, Tamil, and Telugu. The film marks Prabhas’ debut in Hindi and Shraddha Kapoor’s debut in South Indian cinema.

It has a huge cast of actors like Jackie Shroff, Mandira Bedi, Neil Nitin Mukesh and more apart from the lead pair. The film is slated for release on 30th August.