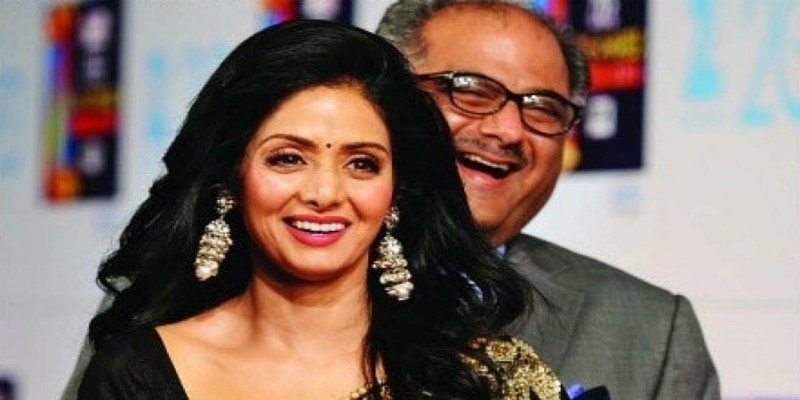 Producer Boney Kapoor just took to his social media profile and dropped a teaser of late actress wife Sridevi’s wax statue at Madame Tussauds Singapore and confirmed that the unveiling will take place on 4th September.

It will be a one of its kind wax figure in the world and an exclusive addition to Madame Tussauds Singapore, the wax figure has been created posthumously.

Boney Kapoor captioned the teaser, “Sridevi lives forever in not just our hearts but also in the hearts of millions of her fans. Eagerly waiting to watch the unveiling of her figure at Madam Tussauds, Singapore on September 4, 2019. #SrideviLivesForever”

According to the museum, a team of 20 skilled artists worked closely with Sridevi’s family over the course of five months to replicate her pose, expressions, make-up and iconic outfit from her iconic song Hawa Hawai.

The figure will be officially launched tomorrow by Sridevi’s husband Boney Kapoor and his two daughters, Janhvi Kapoor and Khushi Kapoor. The statue would be placed at a Mr. India set in the Ultimate Film Star Experience (UFSE) zone with a special memorial wall where Sridevi’s fans can leave their tribute messages.

Regarded as the first female superstar of Indian cinema, Sridevi created a place for herself in India’s largely male-dominated film industry.

Sridevi died of accidental drowning in her hotel bathtub in Dubai on February 24, 2018, wherein she was attending a family wedding.

Jonas Brothers Visits A Fan At Hospital, She Missed Concert Due To Chemotherapy