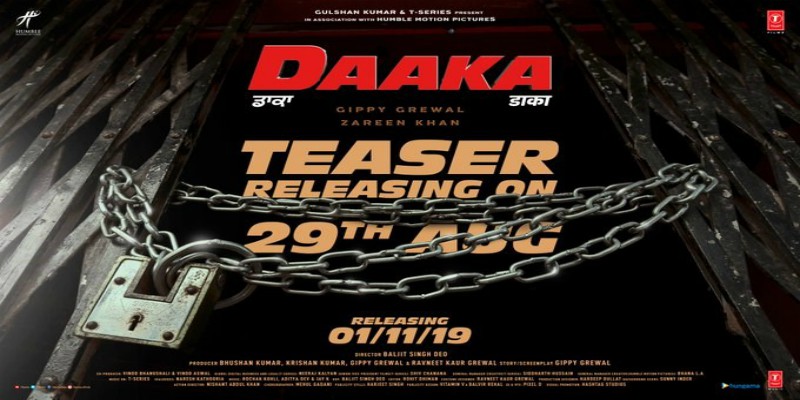 Punjabi sensation Gippy Grewal was last seen in ‘Ardaas Karaan’ and his next outing is ‘Daaka’, which also stars Zareen Khan in the leading role. The first official teaser for the film will be out tomorrow.

The film is slated to release on November 1st. Though the movie’s release is months away, to keep the buzz going the makers are to drop the teaser on 29th August 2019.

‘Daaka’ reunites Gippy and Zareen Khan in the lead. The duo has worked together in the past, the film is helmed by Baljit Singh Deo, and the movie has been produced under the banners of Gippy Grewal and Bhushan Kumar.

‘Daaka’ is the first official collaboration of Gippy Grewal and Bhushan Kumar, and thus it is one big production venture of Pollywood. It is slated to release this year on November 1.