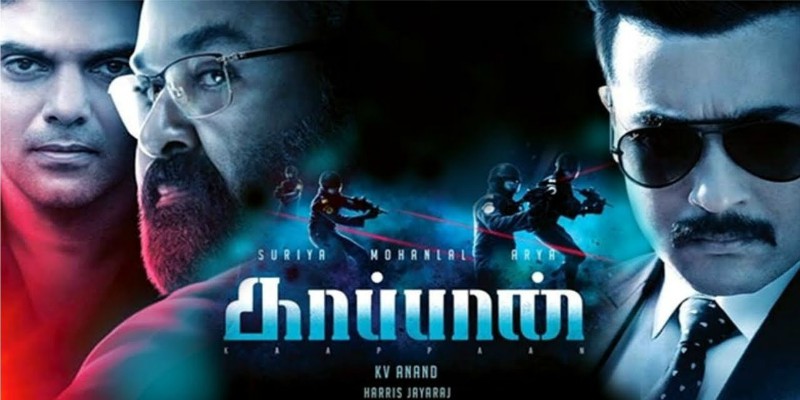 The first official trailer of Kaappaan was released today morning, the film stars Suriya, Mohan Lal, Arya and Sayyeeshaa in the lead roles. The trailer has gone viral, racked up 2.4 million hits within hours of its release.

Veteran actor Mohanlal’s character as Prime Minister predictably talks about the glory and sacrifice of being a soldier. Actor Arya, who allegedly plays the PM’s son in this film, makes a very brief appearance in the trailer.

The film has been scripted jointly by director KV Anand and veteran writer Pattukottai Prabhakar with the former directing it.

Kaapaan is being bankrolled by A Subashkaran on a huge budget under his banner Lyca Productions.

The film will hit the screens on September 20.