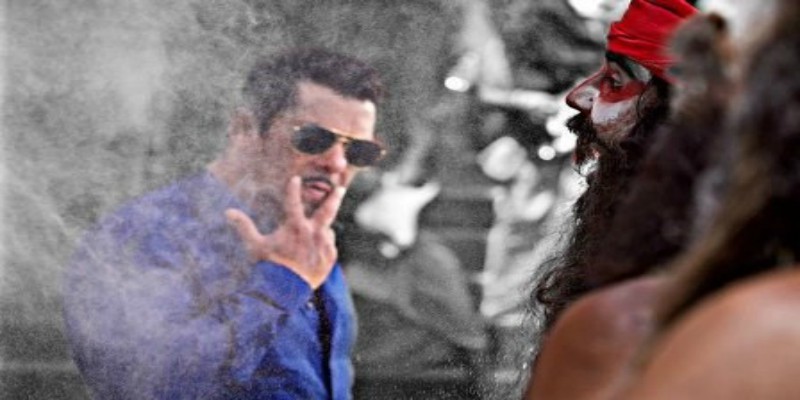 Superstar Salman Khan is upset, wants to find who from his production team is leaking pictures and videos on social media!

Ever since Salman Khan has announced Dabangg 3, it has created an uproar across the nation as his fans can’t keep calm to watch their favorite cop on screen.

Salman Khan feels that there is someone from the production team who is giving out vital information related to Dabangg 3 and due to its increasing consistency, Salman Khan has taken strict action and called out for the team meeting where he has given strict orders to the team to figure out who from the team is leaking all these confidential information about the film.

Dabangg 3 has two parallel tracks, one in the present day and the other, tracing the younger days of Salman’s character Chulbul Pandey. It was a big blow for Salman Khan when his young avatar from the film made its way into the public domain.

Things turned worse last week after he shot for a song with Sonakshi Sinha in Jaipur where pictures from the shoot immediately appeared online, in no time. That’s when the actor called for a meeting with the production, creative and marketing teams and expressed his displeasure.

Not only that but Salman Khan has also asked all the crew members to be strict on the sets so that the outdoor shoot pictures would not get leaked. The whole crew has been informed that smart-phones would not be used on the sets of Dabangg 3.

Salman Khan has also asked that the number of security staff be increased on the set for the security purpose.