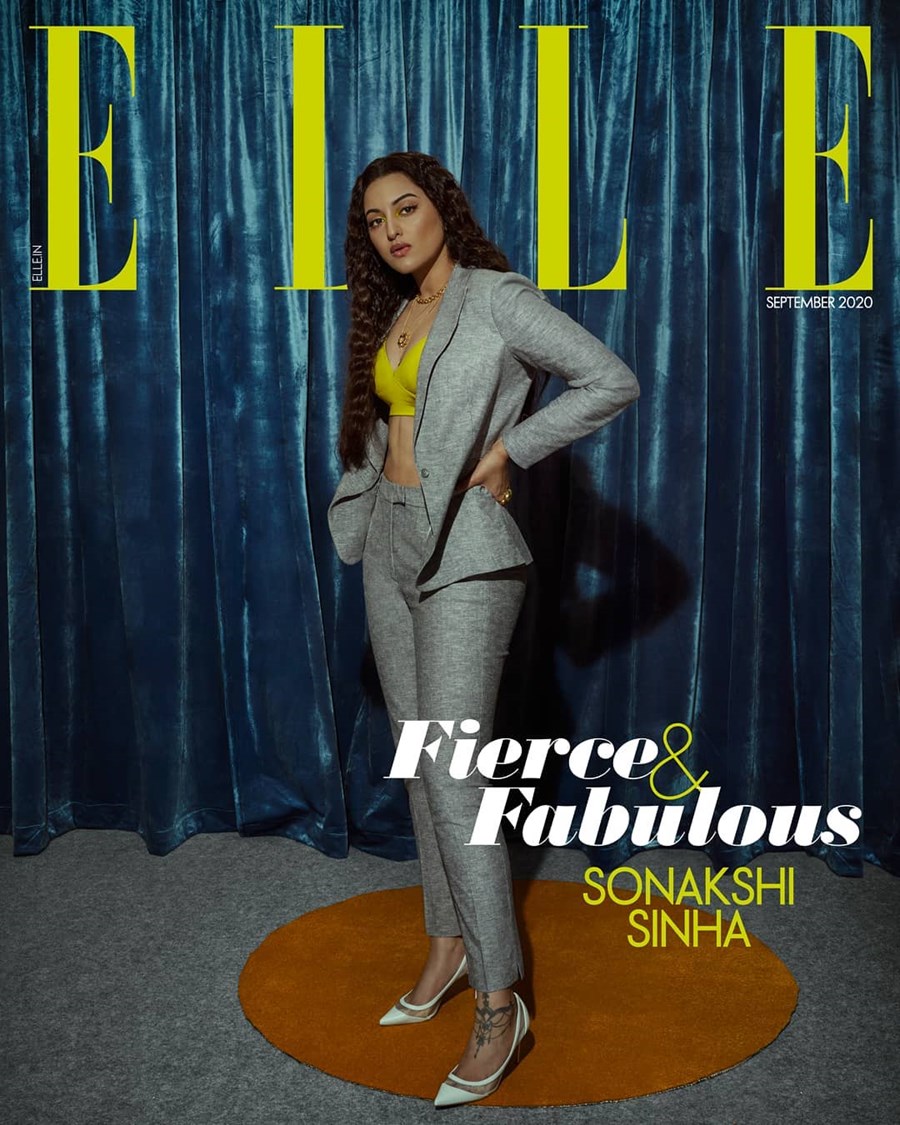 Stunning and stylish diva Sonakshi Sinha is looking spot on gorgeous and dapper on the latest cover page of Elle India for entire September.

Sporting a Blazer, Pants And Cropped top, Sonakshi Sinha is a sight to behold. She dropped the cover spread on her social media profile. She captioned it, “Elles belle! #covergirl in Blazer, pants and cropped top; all @marksandspencerindia”

The official handle of Elle India also shared the same, it said, “Ever since her Bollywood debut a decade ago, our September digital cover star @aslisona has never let critics or cyber trolls faze her. She’s gutsy, she’s strong, and more importantly, she doesn’t give a damn what anyone else thinks of her. She opens up about being your own cheerleader, body positivity, standing up to trolls, and more”

Recently, Sonakshi Sinha made headlines for taking a strong stand against cyber-bullying and use of abusive language. In fact, the actress got a troller arrested for heckling her online.

Meanwhile on the work front, Sonakshi Sinha is part of multi-starrer, Bhuj: The Pride of India, which is a forthcoming war action drama.

The film is directed, co-produced and written by Abhishek Dudhaiya. Set during the Indo-Pakistani War of 1971, it is about the life of IAF Squadron Leader Vijay Karnik, the then in-charge of the Bhuj airport who, with his team, reconstructed the IAF airbase with the help of 300 women from the local village Madhapar.