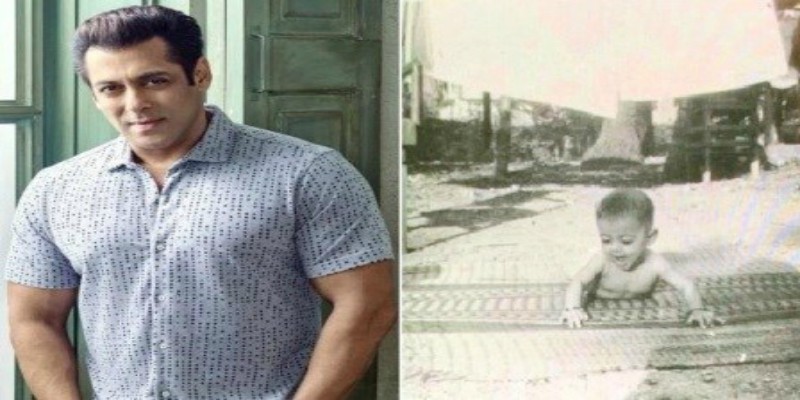 Superstar Salman Khan has dug up an old picture from his childhood album and shared it on social media to celebrate his 31 years in Bollywood.

Salman Khan debuted in 1988 film Biwi Ho To Aisi, one year before his breakthrough film Maine Pyaar Kiya opened in cinemas. The actor shared a black-and-white photo of himself playing on the ground.

He captioned it, “A big thank you to the Indian film industry and to everyone who has been a part of this 31-year journey especially all my fans and well-wishers who have made this amazing journey possible.”

Salman Khan was last seen in Bharat, which was directed by Ali Abbas Zafar and produced by Atul Agnihotri. Salman has also signed up for another film with Atul Agnihotri, the details of which he’ll share after completing Dabangg 3.

Salman Khan was also set to reunite with Sanjay Leela Bhansali after a long gap for a romantic drama titled Inshallah, also starring Alia Bhatt. But unfortunately, the film has been shelved for the time being!