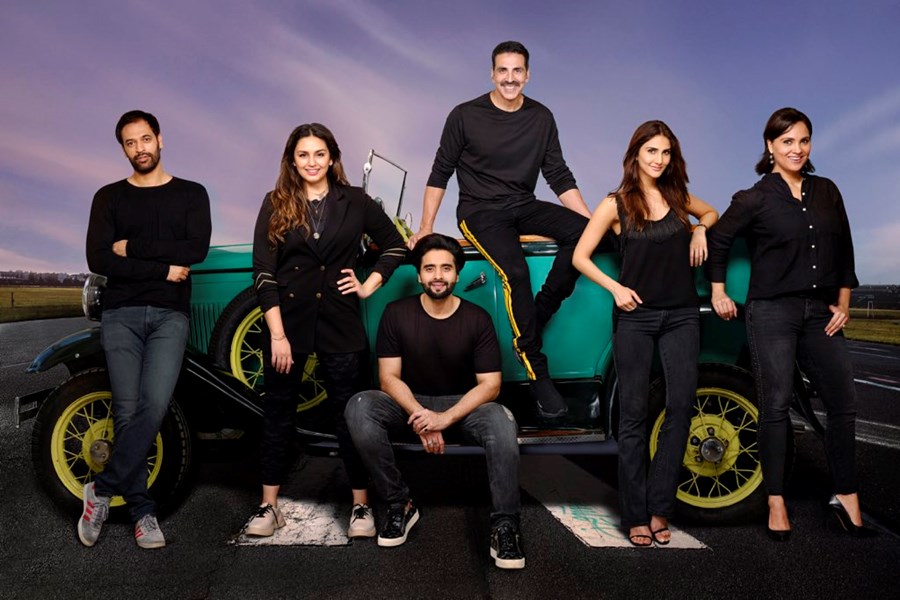 After wrapping the Scotland schedule, the team Bell Bottom is headed to London for their second schedule and actor Akshay Kumar is nothing but excited.

Action star Akshay Kumar and the team of his forthcoming film Bell Bottom, recently wrapped up the Glasgow schedule of the film and began shooting in London.

The actor posted a picture of himself along with the film’s team and he wrote in his caption: “So many happy faces in one frame…that’s the result of a good schedule. Goodbye Glasgow, hello London #BellBottom @Vaaniofficial @ranjit_tiwari @jackkybhagnani @honeybhagnani @poojafilms @EmmayEntertain”

Akshay Kumar’s wife and author Twinkle Khanna and their kids Aarav and Nitara, who left for UK in August, can also be seen posing for the picture. Bell Bottom is the first film to shoot at an international location since productions were stopped because of the lockdown.

Bell Bottom is a spy thriller film directed by Ranjit M Tewari.  The film is written by Aseem Arrora and Parveez Sheikh, with production by Pooja Entertainment and Emmay Entertainment. The film also stars Vaani Kapoor, Lara Dutta and Huma Qureshi in other prominent roles.