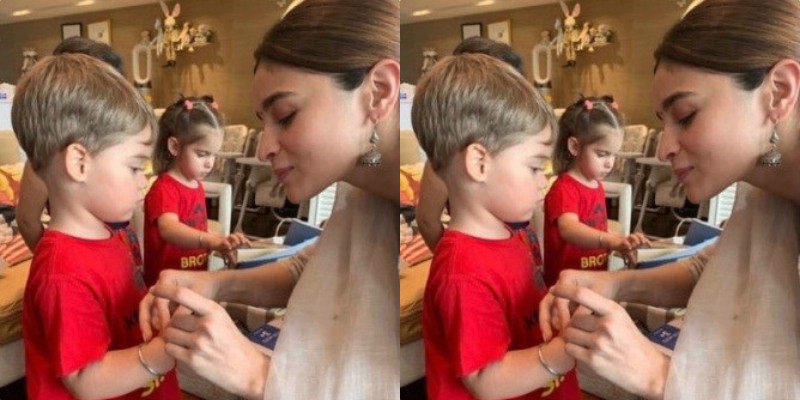 Alia Bhatt who is busy shooting for Brahmastra has been taking some time off the schedule. The actress recently also launched a music video titled Prada which has been garnering a lot of love.

On Raksha Bandhan Alia was seen celebrating with Filmmaker Karan Johar’s family. Karan shared a picture on social media which shows Alia tying the Rakhi on Karan’s son Yash’s hand. His twin sister Roohi can also be seen in the post standing behind.

Alia later shared the same picture on her social media account and wrote, “So much love”.

The actress is currently working with beau Ranbir Kapoor who she is rumoured to be getting married. Brahmastra directed by Aayan Mukerji also stars Amitabh Bachchan and Mouni Roy.

She is also part of Sadak 2, which is directed by Mahesh Bhatt and produced by Mukesh Bhatt under their banner Vishesh Films. The film is the sequel to the 1991 film Sadak starring Sanjay Dutt and Pooja Bhatt. The sequel stars Sanjay Dutt, Pooja Bhatt, and Aditya Roy Kapur.

Alia is also working in RRR, which is written and directed by S. S. Rajamouli. It stars N. T. Rama Rao Jr., Ram Charan, and Ajay Devgn. It is a fictional story revolving around India’s freedom fighters, Alluri Sitarama Raju and Komaram Bheem who fought against the British Raj and the Nizam of Hyderabad, respectively.