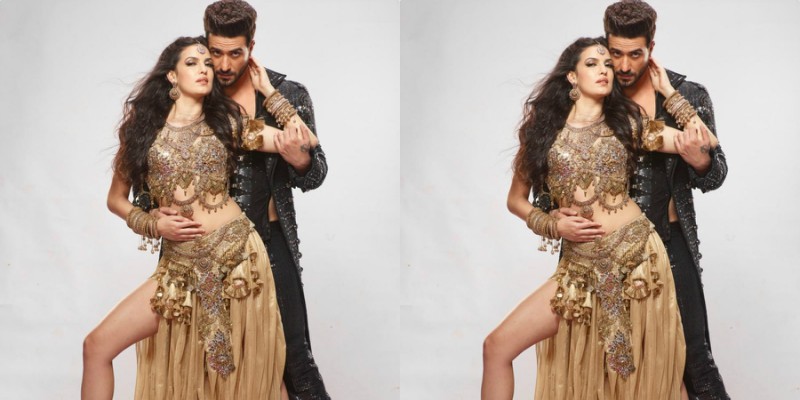 Nach Baliye 9 on Starplus has been entertaining audiences with its glamorous dance performances since the last few weeks. Star-studded couples have been setting the stage on fire with their powerful dance acts, whereas some are seen faltering while matching steps with each other. This week, the good-looking couple – Aly and Natasha put up a performance which seemed weaker in contrast to their earlier performances on one of the country’s most amazing dance reality show.

Aly and Natasha have impressed both the judges – Raveena and Ahmad, time and again with their perfect pairing and choreography. This week, it seemed luck was not in their favor as they put up a unique act that showed Aly as a pirate who remarkably resembled the literary character – Jack Sparrow and Natasha looked mesmerizing as a mermaid! While both of them swayed together to impress the judges, it was evident that there was a disconnect between them. The judges too remarked about the same as they awarded them points for this week.

A source from the sets revealed, “Before the performance, Aly and Natasha seem to have got into some argument. It was clearly evident that their chemistry was off this time around. They were seen fumbling while executing certain steps. The judges too remarked on this and the ex-couple too accepted that there was a certain disconnect. Another unique thing of the act is that Natasha danced while wearing a pair of roller blades which is by no means an easy feat! It remains to be seen what happens next on the show.”

Nach Baliye has been in the news for the high glamour content and elaborate grandeur associated with the latest season. It’s also being hailed as the most exciting and intriguing dance reality show because of the twist that the concept has this time. According to the new track, Nach Baliye 9 has ex couples and current couples fighting it out to win the coveted trophy.