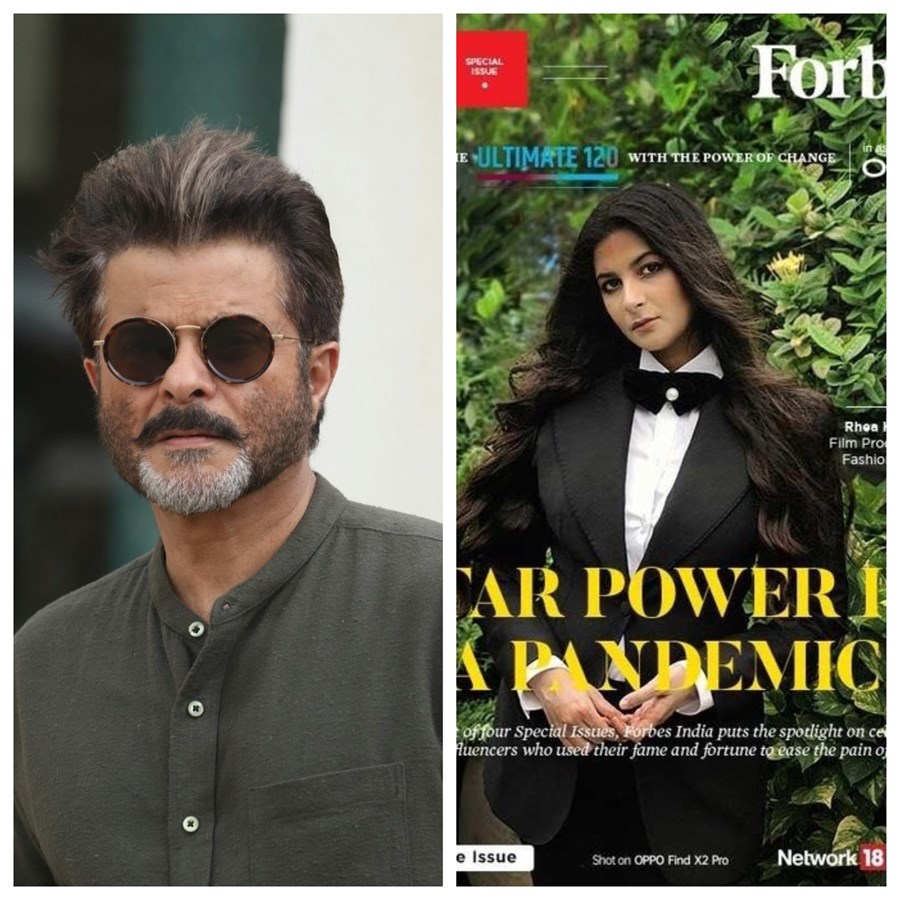 Sharing the cover page of Forbes magazine featuring Rhea on his Instagram handle, Kapoor wrote, “This is just the beginning… here’s to all the covers that you will be a part of in the future by the grace of God 🙏🏻 @rheakapoor.”

Earlier Rhea posted a long note on her Instagram handle sharing the news, which reads, “I am honoured to cover the @forbesindia #powerofchange issue for the month of August. Thank you so much to the team at @forbesindia @naandika_ We have been talking a lot about privilege and responsibility lately, in whatever way I can I want to use my platform as a producer, stylist, personality to empower as many women as I can to speak their truth and loudly wish their dreams into existence. I really do believe I wasn’t put in this home, city or country just to do things the way they have always been done.”

“I want to try to push myself and people around me to look at ourselves, and our world, differently. That has always been my endeavour, subconsciously at first, until I realised it was my purpose. Then we had the largest opening for a female-led film in HISTORY for Hindi films. Now it is my mission. I will try to do it to the best of my ability and try and delight and entertain people along the way for as long you all tolerate this less-famous sometimes awkward middle-child. 🤍”, she added.

OPPO India, the global smart device brand, announced a new initiative in collaboration with Forbes India to honour the heroes of COVID-19. Under this initiative, named “Salute to the Ultimate 120 with the Power of Change”, OPPO India will showcase 120 COVID-19 innovators from all domains of life on their strategy to manage this pandemic and acknowledge some out-of-the-box ideas. These innovators vary across innovation, endurance, performance, and style.

Rhea Kapoor has produced films like ‘Aisha’, Khoobsurat’ and ‘Veere Di Wedding’ in her career.