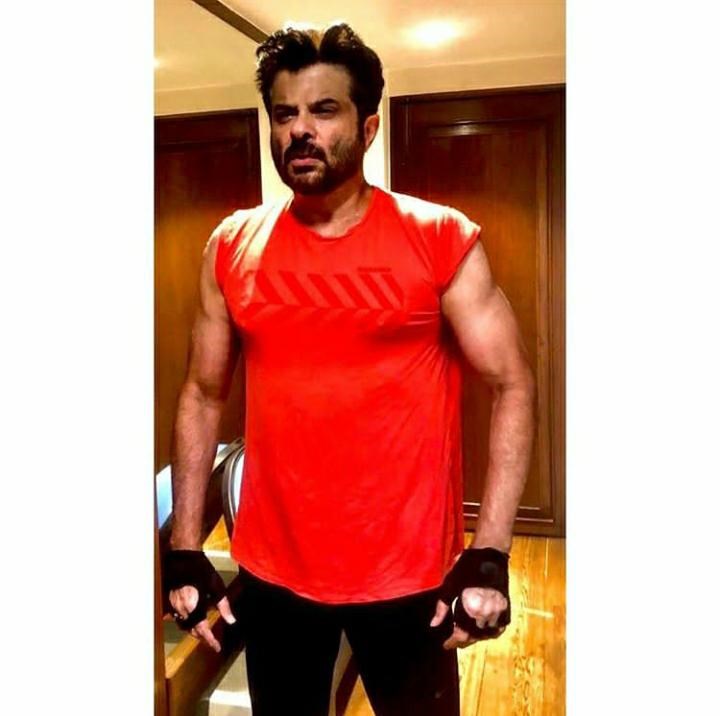 Actor Anil Kapoor is one of the fittest actors of Bollywood and is often called as the man who refuses to age. He is an inspiration for the youngsters. Today the actor is in a mood to keep himself more fit and athletic.

The ‘Malangg’ actor took to his Instagram handle and posted his pictures of doing workouts. In the picture, Anil is seen flaunting his muscles. The actor seems to be more conscious of his muscles than his face.

Anil on his Instagram wrote, “When muscles look better than your face…”

As per the reports, Anil Kapoor follows a strict diet and lifestyle habits along with work out routines to keep himself in good shape. Anil has been a part of the Indian film industry for four decades now. He became a global sensation after he acted in the Oscar-winning film ‘Slumdog Millionaire’. He has managed to stay ageless and said that his son Harshvardhan is his fitness inspiration.

Meanwhile, on the work front, Anil Kapoor will be seen in the movie ‘Takht’, which is helmed by Karan Johar. The movie stars Ranveer Singh, Kareena Kapoor Khan, Alia Bhatt, Vicky Kaushal, Bhumi Pednekar, Janhvi Kapoor in the lead roles.

Takht is produced by Hiroo Yash Johar & Apoorva Mehta under the banner Dharma Productions. The movie will hit the big screen on 24 December 2021.

To Live Positive Or Negative, Choice Is Yours, Says Sangeetha Bijlani