Bahut Hua Sammaan Trailer Is Out 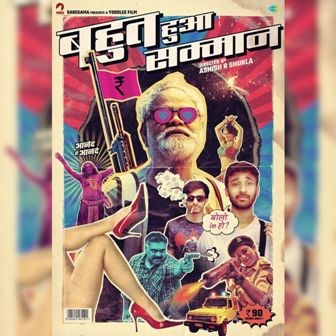 The trailer of the Disney Plus Hotstar’s upcoming film Bahut Hua Sammaan is finally out.

The film has been directed by Ashish Shukla. It is written by Avinash Singh and Vijay Narayan Verma.

The Varanasi-set movie revolves around the lives of two young engineering students (Juyal and debutant Abhishek Chauhan) known for their quick con jobs in their college circuit. The duo gets in touch with Sanjay’s character, who tricks them into robbing a bank.

So, the trio decide to rob a bank after meeting and hatching a conspiracy with an odd, old man who has a plan for everything. However, things take a turn for the worse and chaos ensues in this comedy of error that sheds light on a prevalent and topical issue but with a pinch of salt and a truckload of humour.

Bahut Hua Sammaan will stream on Disney Plus Hotstar on October 2.