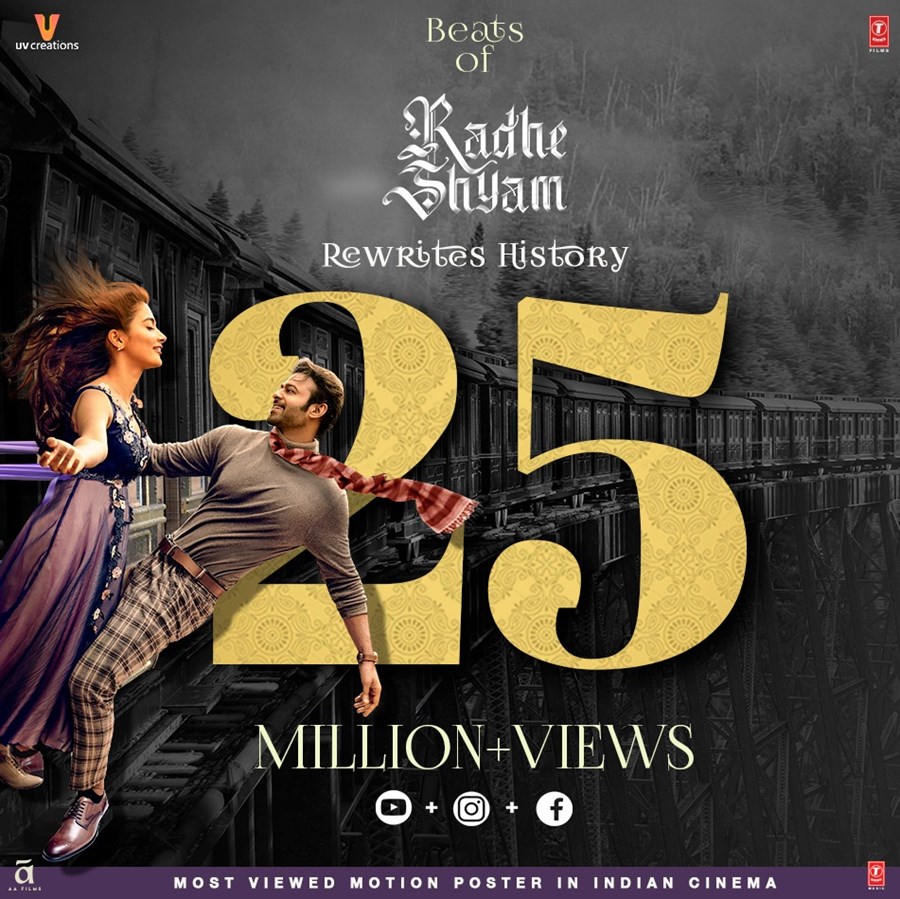 Titled as Beats of Radhe Shyam, the motion poster starts with several iconic love story characters like Romeo-Juliet, Salim-Anarkali and Devdas-Paro. The animated poster then showcases Prabhas and Pooja Hegde in character, hanging out of the train.

The film is written and directed by Radha Krishna Kumar, shot simultaneously in Telugu and Hindi, the film is presented by Krishnam Raju under Gopi Krishna Movies in Telugu with Bhushan Kumar under T-Series in Hindi and produced by UV Creations.