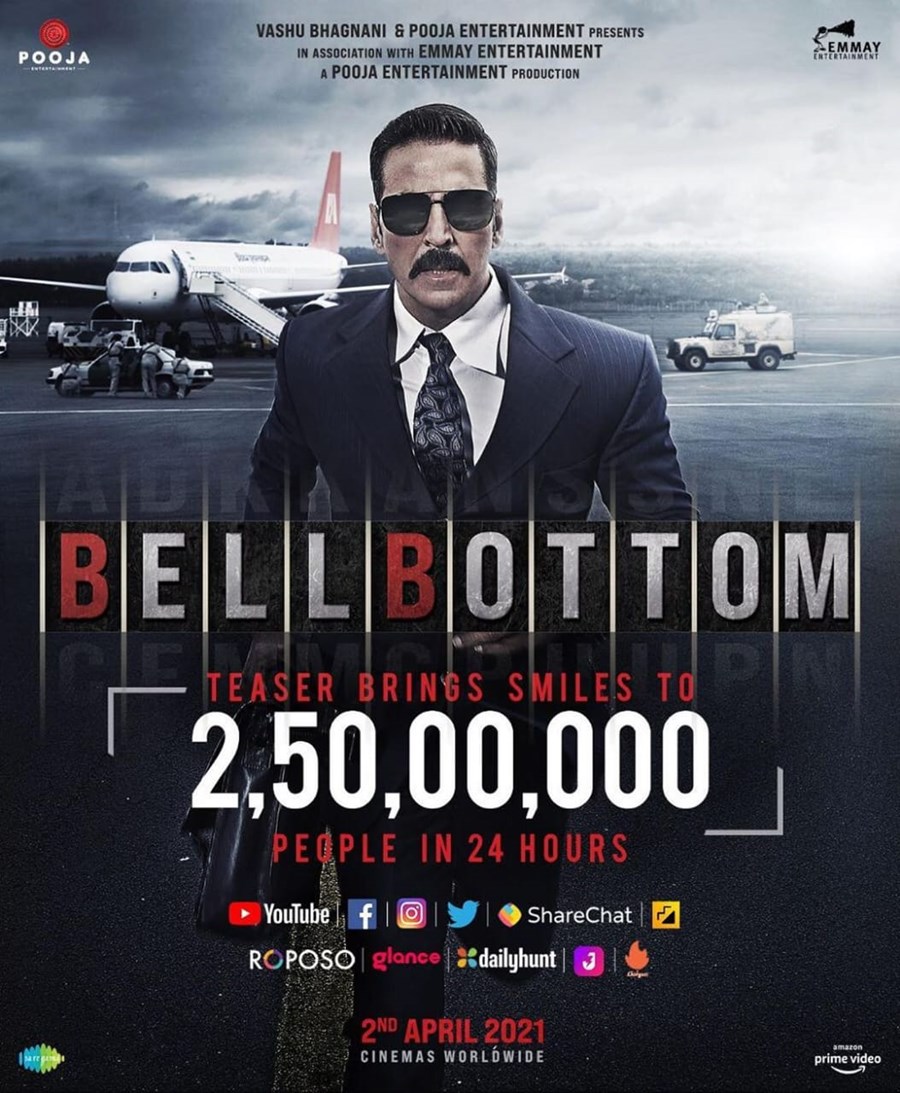 Akshay Kumar is undoubtedly the most bankable actor in the industry these days. Every film of his is a huge success at the box office. Audience anxiously waits for his next release. Teaser of his upcoming film ‘Bell Bottom’ was released two days back and it has received 25 million views in just 24 hours.

Huma Qureshi who will be seen in the film shared this news on her Instagram and wrote, “You guys never cease to amaze! Thank you so much for all the love. Have you watched the #Bellbottom teaser yet?”

‘Bell Bottom’ became the first Bollywood movie to start shooting amid the Covid-19 Pandemic. The team flew to Glasgow, Scotland in the first week of August and wrapped up the shoot on 30th September. The teaser of the film is getting good response from the audience and it has received 25 million views in just 24 hours of its release. People have loved Akshay’s look in the teaser and they cannot wait to watch this spy thriller.

Film ‘Bell Bottom’ is set in the 80’s and Akshay will be essaying the role of a spy in the film. The teaser showed him in a suave look which perfectly fitted for a role of a secret agent. Vaani Kapoor will be playing Akshay’s wife in the film. It also features Huma Qureshi and Lara Bhupathi in prominent roles.