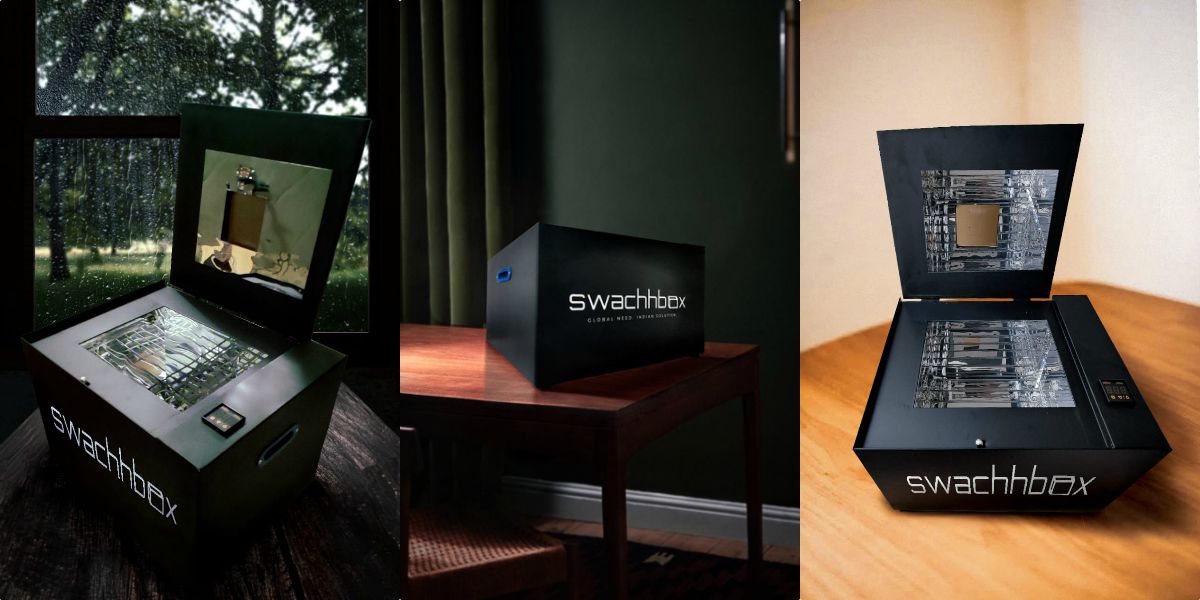 Swachhbox is one of the first companies in Chennai to develop and produce disinfection boxes, and are proud to launch a timely intervention that helps people confidently bring objects into their homes from outside, without fear of infection. The device can be used to quickly and effectively disinfect groceries and food items as well as common objects including keys, masks, phones, laptops, clothing, and money.

Powered by UV-C light technology in specific wavelengths combined with various design parameters, the Swachhbox kills viruses, bacteria, and other pathogens with a 99.9% efficiency. Available in 30 and 60-liter variants and handcrafted in India, the device has received globally-recognized CE certification as well as CSIR-CSIO (Central Scientific Instruments Organisation) certification from the Government of India.

The Swachhbox has the advantage of an anti-microbial layer and a smart cut-off design to prevent leakage of the UV light. Meticulously and elegantly designed, it is just as simple to operate as a microwave oven and offers 360°coverage of the entire surface of the object placed within. The timer is automatically set to the recommended 10 minutes, after which the disinfected item can be used without stress. UV light is widely used as an industrial standard sanitizing agent at hospitals, research facilities, and in the pharmaceutical field.

Swachhbox was co-founded by three young entrepreneurs – Sriram Santhanam, who has an engineering background with expertise in railway and construction technologies; ShyamRenganathan, who comes from an entertainment background and performs as an actor and stand-up comic; and Mercy John, who also comes from an entertainment background and is a singer, dubbing artist and former RJ. The trio has come together to introduce Swachhbox. Speaking on the venture, the co-founders say, “Many companies have been coming up with new products in response to the pandemic. We strongly believe in innovation that helps the world long-term, rather than only capitalizing on the situation. We developed the Swachhbox as a one-time household investment. It is a highly functional product that improves the quality of domestic life, especially for factors such as hygiene, safety, and convenience. Having a Swachhbox is just as important as having any other household appliance in today’s situation.”

Sonam Kapoor hits the gym as her quarantine period ends