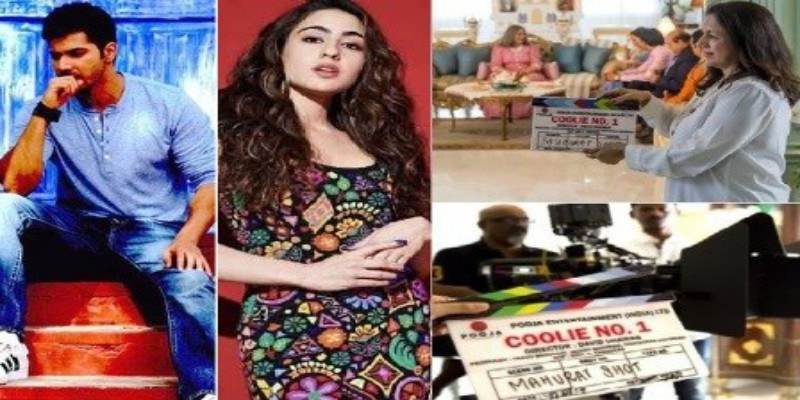 The most anticipated remake of all time, Coolie No 1, starring Varun Dhawan and Sara Ali Khan, goes on floors with Varun’s mother giving the fist clap.

Actor Varun Dhawan and Sara Ali Khan starrer ‘Coolie No. 1’ which has become the talk of the town for quite a while now has kick-started the shoot in Bangkok today.

Varun’s mom Karuna Dhawan gave the mahurat clap for the film. The makers have shared BTS pictures from the sets. In a picture, we can see Varun’s mom holding the clap in her hand.

The film is helmed by David Dhawan, who directed the original in 1995 with Govinda and Karisma Kapoor in the lead role. It is produced by Vashu Bhagnani, Jackky Bhagnani, and Deepshikha Deshmukh.

The film which also features Paresh Rawal and Johnny Lever is slated to release on 1st May 2020.