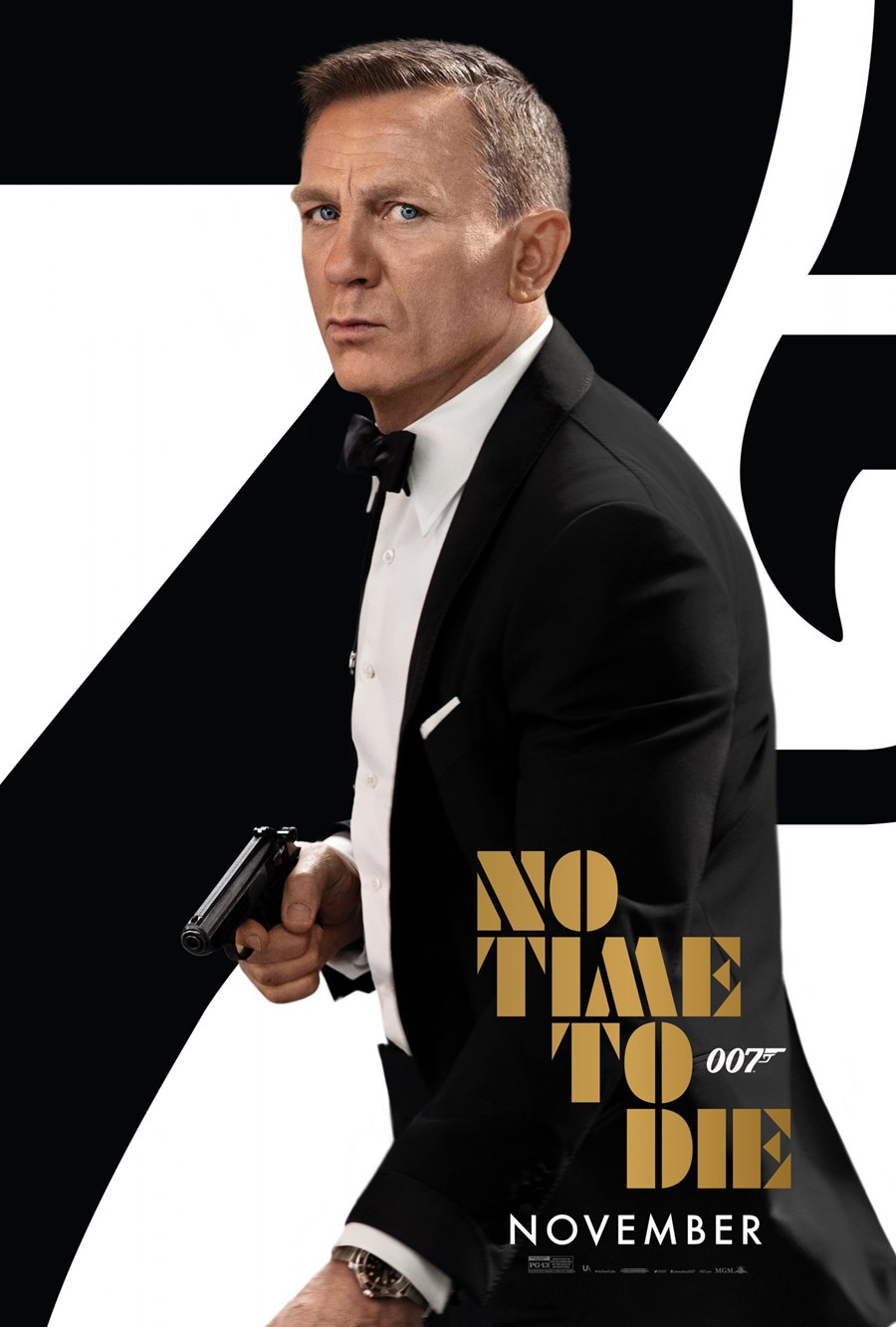 Metro Goldwyn Mayer Pictures released a poster for the upcoming James Bond film ‘No Time To Die’ on Tuesday and they also announced that the movie’s first trailer will drop Thursday.

The poster, unveiled on the official Instagram account of MGM Studios and James Bond 007 film series, features Bond actor Daniel Craig suited up and ready for action, it reads, “Man on a mission. Check out the new poster for #NoTimeToDie, in cinemas this November. New trailer coming this Thursday.”

The studio said ‘No Time to Die’ will find agent 007 (Daniel Craig) “enjoying a tranquil life in Jamaica” after having left active service at MI6, Britain’s secret intelligence service.

“His peace is short-lived when his old friend Felix Leiter from the CIA turns up asking for help. The mission to rescue a kidnapped scientist turns out to be far more treacherous than expected, leading Bond onto the trail of a mysterious villain armed with dangerous new technology.”

With the film, Daniel returns as the dapper British spy James Bond one last time. It is the 25th film in the 007 franchise. The film also stars Lea Seydoux, who reprises her role as Dr. Madeleine Swann from the 2015 release, ‘Spectre’.

Among other cast members who return from recent films in the franchise is Ben Whishaw as Q, Jeffrey Wright as Felix Leiter, Christoph Waltz as Blofeld, Ralph Fiennes as M, and Naomie Harris as M’s secretary Moneypenny. Ana de Armas and Lashana Lynch are new additions to the Bond family in ‘No Time To Die’.

‘No Time To Die’ was originally expected to be out this past April, but it was among the many movies to have their release dates moved back due to the coronavirus pandemic.

Its release date is now November 20 in the United States. As per usual for a 007 movie, it’ll be out prior to that in the United Kingdom, where it debuts on November 12.