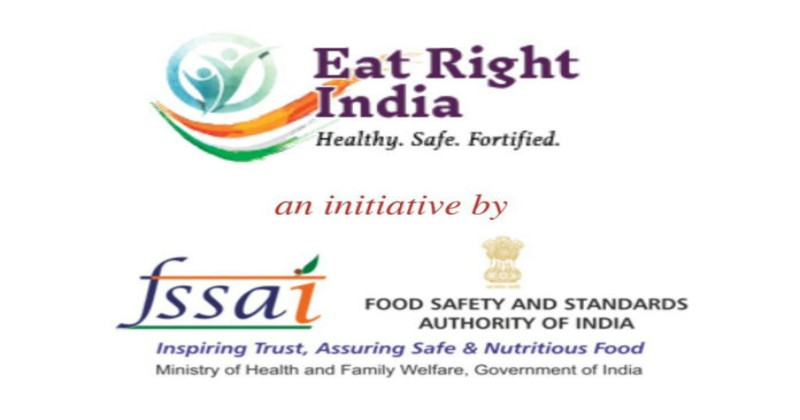 Food Safety and Standards Authority of India (FSSAI) is established under the Ministry of Health and Family Welfare of Government of India. It has been established under the Food Safety and Standards Act, 2006 which is responsible for protecting and promoting public health through the regulation and supervision of food safety. So, the Central food regulator FSSAI has trained about 1.7 lakh supervisors over two years to create awareness on healthy eating habits and to make sure the street vendors are following the safety standards, which was put forth by Union Health Minister, Harsh Vardhan on Thursday i.e. 5.9.2019. And thus, the Minister launched a year-long social as well as mass media campaign ‘Eat Right India’ with the slogan ‘Sahi Bhojan, Behtar Jeevan.’

Due to the increasing level of non-communicable diseases such as diabetes, hypertension and heart ailments and pandemic food-borne illnesses, the Minister launched a mass movement on preventive and promotive health. The campaign aims at sensitizing the people towards healthy intake, addressing malnutrition, undernutrition and obesity and also with an intention of ‘Malnutrition-Free India.’

Right now, India is passing from communicable diseases to non-communicable diseases such as diabetes, hypertension, and obesity which are increasing so rapidly. So, it is essential to turn our heads towards the healthy intake of foods which provides immunity to our body. And so, the campaign ties up the people, celebrities and other influencers, food industry, public health professionals, civil society and consumer organizations. It is highly indispensable to make people aware of what it truly means by eating right and further the benefits of making the right choices.

So, people must be aware of what they are eating and the benefits of it. As food habits play a major role in many diseases, the authorities need to lead the people of the country in the healthy and right path. And so ‘Eat Right India’ campaign organized by FSSAI conducted on Thursday was one of the healthiest campaigns ever to make India entirely healthy.

The Golden Rules of Kissing Nobody Told You