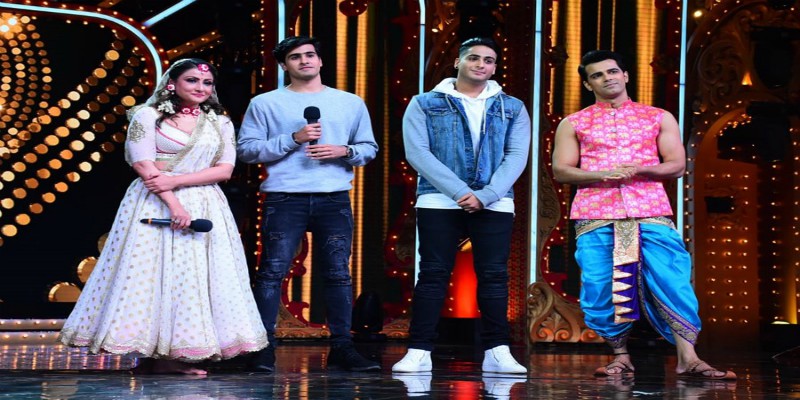 Ex-couple Urvashi Dholakia and Anuj Sachdev have been winning hearts by their performances in StarPlus’ couple dance reality show Nach Baliye 9. In the upcoming episode, the makers invited family and friends of the actors where Urvashi’s son Sagar and Kshitij Dholakia visited her on the show. We learned that her children are keen for their mother to get back with ex-bf Anuj.

Right from the first episode, judges, Raveena Tandon, and Ahmed Khan are eagerly waiting for them to take their relationship to the next level.

While shooting for the upcoming episode, Urvashi revealed, “When I needed him in my initial days, I never got a positive response or clarity from Anuj. Now that I am independent, I don’t want to be dependent on anyone.”

It is a family special weekend on Nach Baliye 9 this week, and Urvashi’s children will be seen as a part of the episode.

Commenting on their mother’s relationship with Anuj, they said, “Anuj is a very nice person, he’s perfect for our mom. Whenever he bought anything for her, he would always get something for us too. Anuj is like family to us, but we never questioned our mom about her relation with Anuj. All we want is for her to be happy and if she’s happy with Anuj, we are happy for her.”

Will the kids manage to get Anuj and Urvashi back together?

Watch Nach Baliye Sat-Sun at 8 PM only on StarPlus!!!