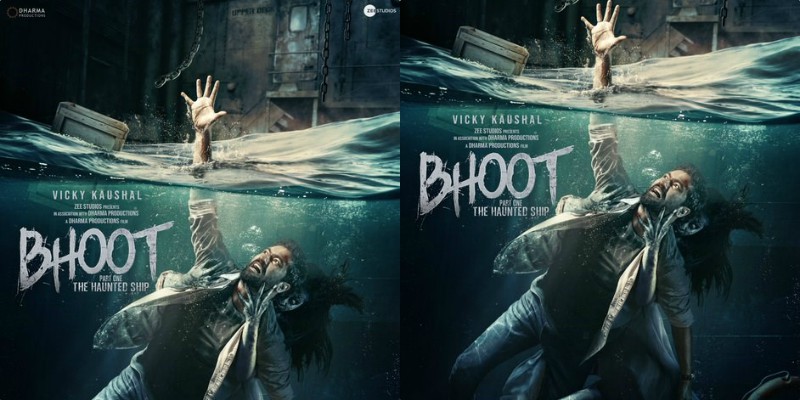 Vicky Kaushal and Bhumi Pednekar are all set to explore the “Horror” genre with their forthcoming film Bhoot, directed by Bhanu Pratap Singh and produced by Karan Johar under his banner. The makers are out with a new poster.

On the poster, Vicky Kaushal is stuck underwater, tapped in fear and trying to struggle with a ghost, a female ghost, which is spooky! Bhoot is the first film in the series and is scheduled to release on 15 November 2019.

The story follows a couple on an abandoned ship lying static on a beach; it is based on a true incident that took place in Mumbai.

Apart from Bhoot, actor Vicky is also busy with Sardar Udham Singh, which is an upcoming biographical film directed by Shoojit Sircar, the film features Vicky in the lead role of Udham Singh, a revolutionary freedom fighter.