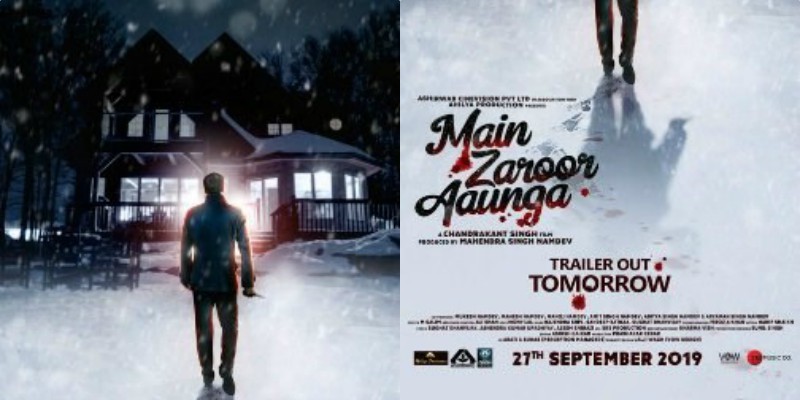 Actor Arbaaz Khan drops the official poster and motion poster of his next release, which is an action thriller, titled Main Zaroor Aaunga, and confirms the trailer release date.

After wrapping up work on his cop-drama with brother Salman Khan, Arbaaz Khan is now getting ready to present his next film ‘Main Zaroor Aaunga’.

Taking to his social media handle, Arbaaz shared a motion poster, he captioned it, “The one who departed, will return to seek vengeance. Introducing the motion poster of Chandrakant Singh’s next movie #MainZaroorAaunga starring Arbaaz Khan, Aindrita Ray, and Vikas Verma”

In the motion poster, we see a silhouette of a man walking in the snow towards a house with a bloody knife in hand.

The film directed by Chandrakant Singh will see Arbaaz Khan sharing screen space with Aindrita Ray and Vikas Verma in what seems to be a horror-mystery of sorts.