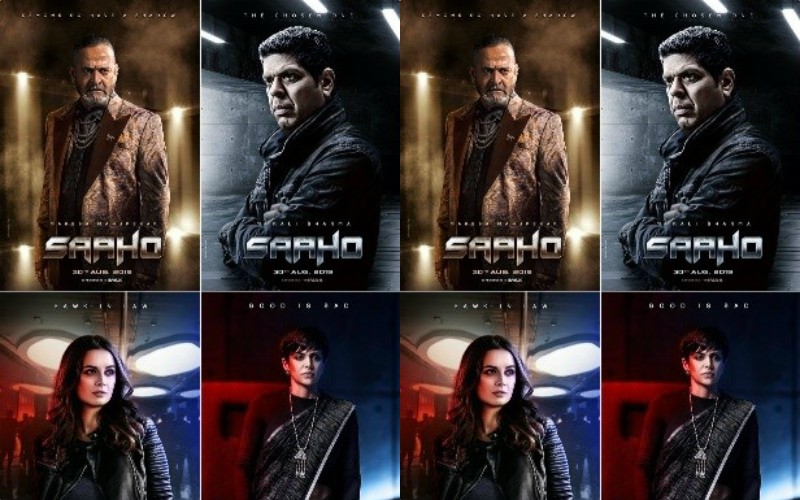 Now we all have seen Prabhas, Shraddha Kapoor, Jackie Shroff and Chunky Pandey in their glorious and dapper avatars from Saaho, and now it’s time to meet other team, featuring Mahesh Manjrekar, Murli Sharma, Mandira Bedi and Evelyn Sharma.

The makers are on a spree to introduce all the characters from forthcoming action thriller Saaho, before the trailer hits today at 5 PM.

The official handle of UV creations dropped back to back four new posters, featuring Murli Sharma as David, Mandira Bedi as Kalki, Evelyn Sharma as Jennifer and finally Mahesh Manjrekar as Prince from the film.