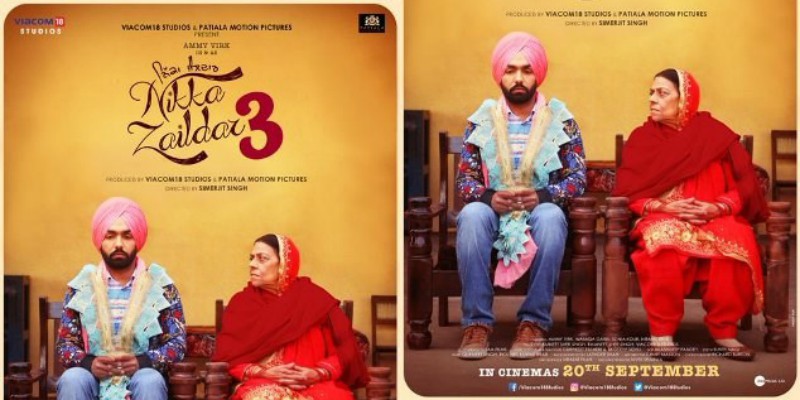 After being postponed earlier, the makers of Nikka Zaildar 3, starring Ammy Virk, Wamiqa Gabbi and Nisha Banno, gets a release date and first look poster.

‘Nikka Zaildar’ is considered as one of the top romantic comedy dramas in Punjabi cinema. It’s sequel also did good business in the box office and now the makers are ready to hook the audience with its third ‘Nikka Zaildar 3’.

Just like the last two parts, Ammy Virk will be playing the lead in the third installment. In ‘Nikka Zaildar’ and ‘Nikka Zaildar 2’, Sonam Bajwa shared the screen with Ammy Virk, but it seems this time the diva has been replaced by Wamiqa Gabbi.

Simerjit Singh will be directing the movie, while it will be produced by Amneet Sher and GP Singh. The script has been written by Gurpreet Singh Palheri and Jagdeep Sidhu.

The film will be releasing on 20th September.