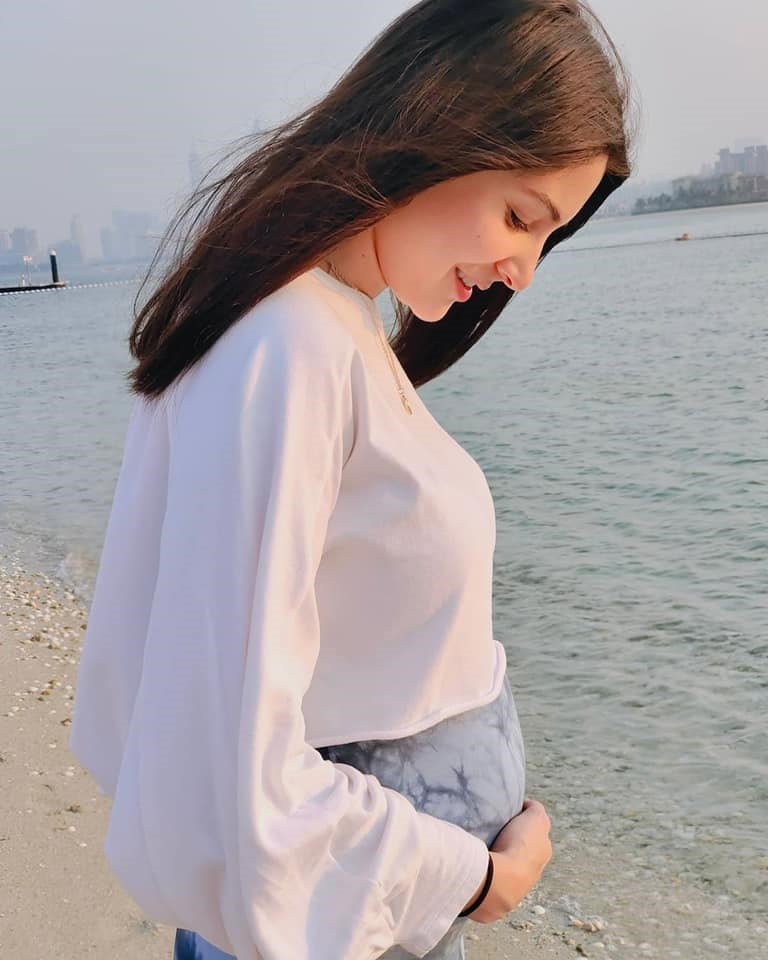 Actress Anushka Sharma, who recently announced her pregnancy with her cricketer husband Virat Kohli in a social media post, shared a lovely picture of herself enjoying maternity as she cradled her baby bump by the beachside.

Anushka Sharma looked radiant in a white top paired with presumably blue pants, sharing a smiling picture of herself on Instagram, she wrote, “Nothing is more real & humbling than experiencing creation of life in you . When this is not in your control then really what is?”

‘PK’ actress is currently spending quality time with Virat Kohli in United Arab Emirates as he will be leading Royal Challengers Bangalore franchise in the 13th edition of Indian Premier League.

Anushka and Virat revealed their lockdown pregnancy via a social media post earlier in August. They also announced that the baby’s due date is in January 2021.

The couple tied the knot in December 2017 in Italy. Anushka has stayed away from the silver screen since ‘Zero’ released in 2018.

Anushka’s production house Clean Slate Films has been backing web series like ‘Paatal Lok’ for Amazon Prime Video and movies like ‘Bulbbul’ for Netflix during the lockdown.