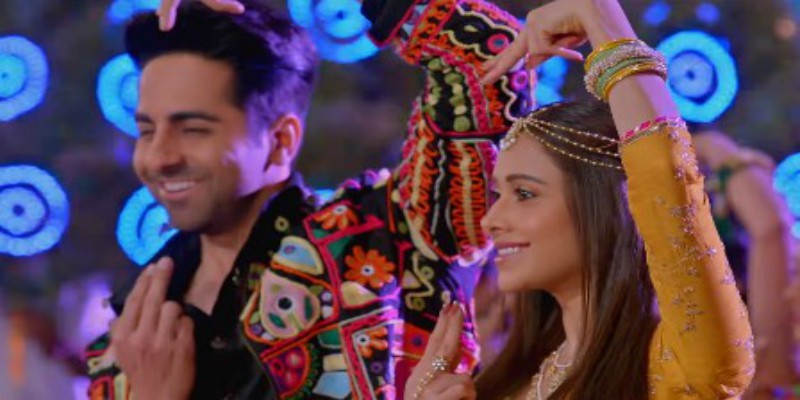 The first song “Radhe Radhe” from Dream Girl is out and viral. The song has clocked 5 Million Hits within hours of its release.

The official handle of Balaji Motion Pictures shared the deeds on the song. It said, “#RadheRadhe has put 5 million people in the celebratory mood! Are you one of them? #RadheRadhe 5 million views across platforms and counting. #DreamGirl @ayushmannk @NushratBharucha @ektaravikapoor @RuchikaaKapoor @nowitsabhi @writerraj”

The song features Ayushmann Khurrana and Nushrat Bharucha, taking the festival of Dandiya to whole new level. The song is a peppy dance number by Meet Bros and Amit Gupta, and it has been choreographed by veteran Ganesh Acharya.

Shamshera To Kick-Start in Ladakh