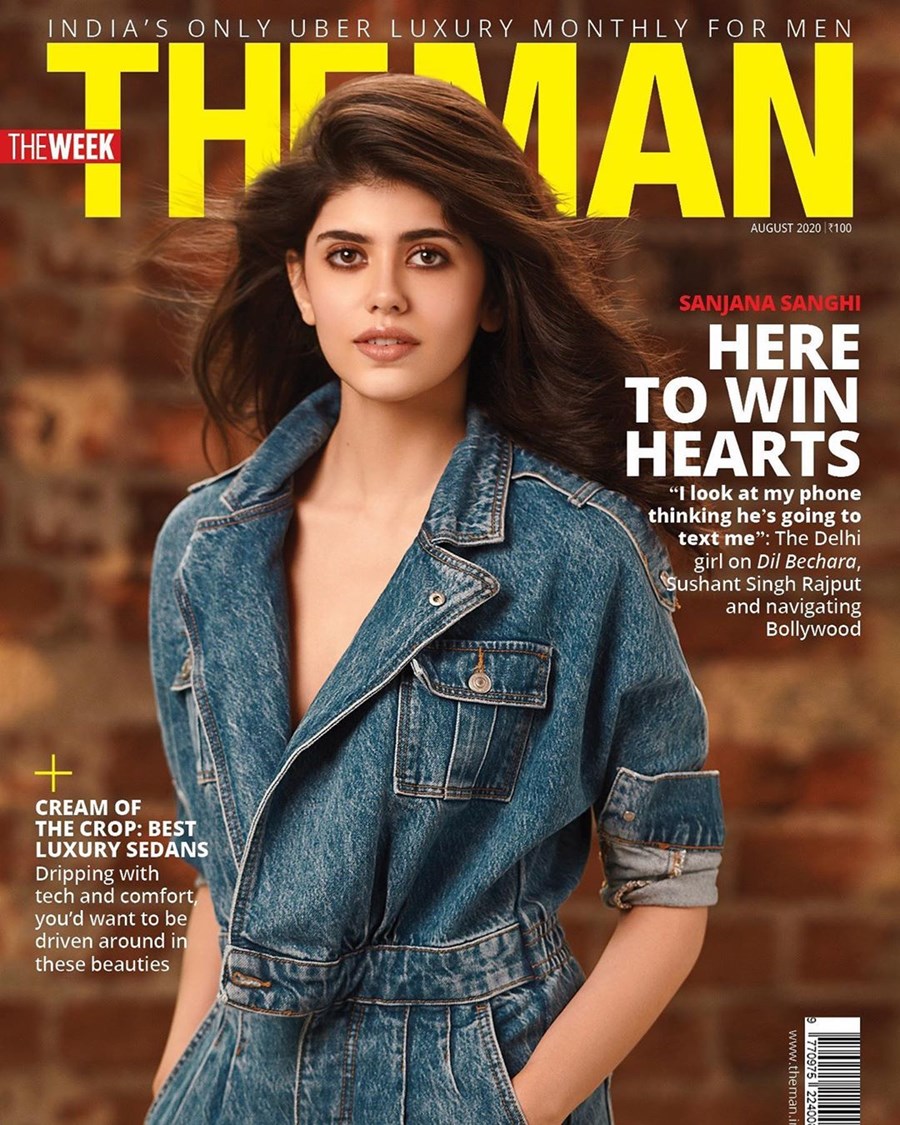 Marking the Independence Day for special for her fans, Sanjana Sanghi shares her first-ever cover page on social media. She captioned it, “Growing up, we are made to learn that the Indian Constitution visualizes India as a nation that will forever uphold the idea of “Unity in Diversity”…74 years have passed, but they need to truly celebrate this idea has never felt more urgent. This Independence Day, I get to share with you all a special first – my first-ever Magazine Cover! @themanmagazineindia – @theweek_magazine”

“In many ways for me, it symbolizes independence – from the limitations we place on ourselves of not daring to even dream our dreams. This Independence Day, let’s celebrate independence from all that we think stops us from getting wherever it is that we want to be. Independence from all negativity, toxicity, and malice, and be a part of an India we were destined to be. Thank you, for this soul searching conversation @sonalissociety.  Catch the Cover Story in the August 2020 issue of the @themanmagazineindia #CoverStar #TheManMagazineIndia #August2020 #HappyIndependenceDay” added Sanjana.

Sanghi started her career as a child artist in the 2011 film Rockstar before her roles in the 2017 films Hindi Medium and Fukrey Returns. Her first leading role was opposite Sushant Singh Rajput in Mukesh Chhabra’s 2020 film, Dil Bechara.

Sanghi has also appeared in advertisements for companies like Tanishq, Cadbury, Aircel, Coca-Cola, Myntra, and Dabur.