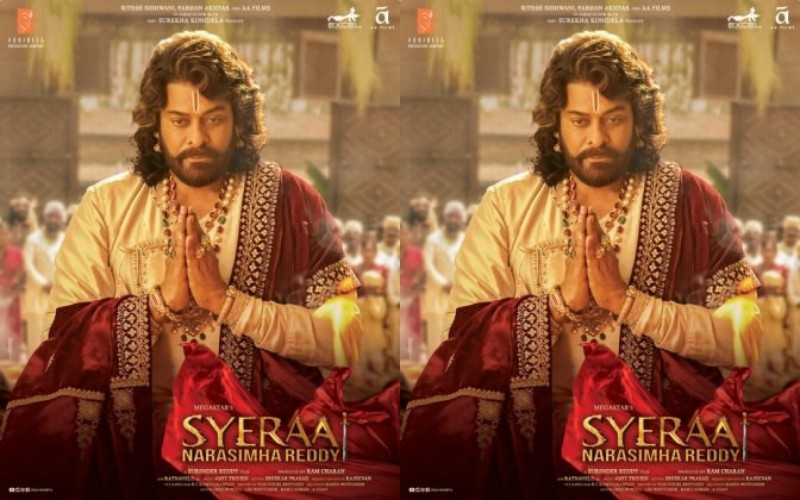 Sye Raa Narasimha Reddy’s trailer is here and this one is an epic action ride filled with out of the box action sequences and majestic sets.

The film stars Chiranjeevi, Sudeep, Vijay Sethupathi, Jagapathi Babu, Anushka Shetty, Nayanthara, Tamannaah and Amitabh Bachchan in lead roles. The story is based on the life of freedom fighter Uyyalawada Narasimha Reddy from the Rayalaseema region of Andhra Pradesh.

Directed by Surrender Reddy, the film is based on the life of Uyyalawada Narasimha Reddy, who was one of the first Indian warriors to fight against British rule. The film is touted to be made on a grand scale of Rs 200 crore.

The film will be dubbed and released in Hindi, Kannada, Malayalam, and Tamil. The film is scheduled to be released theatrically worldwide on 2 October 2019.