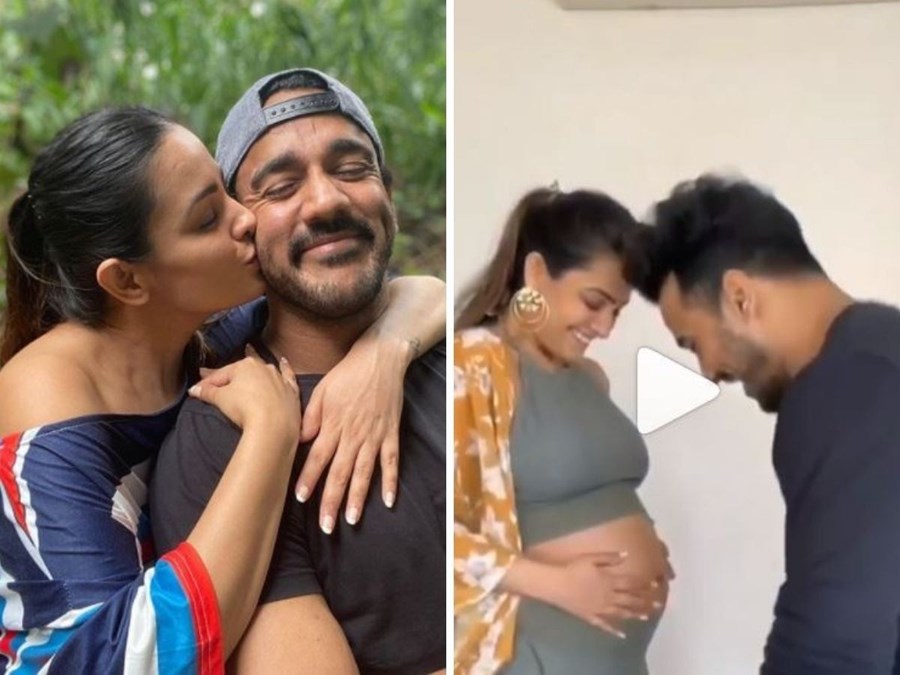 Television actress Anita Hassanandani and her husband Rohit Reddy are expecting their first child. On Saturday, Anita announced her pregnancy with a beautiful video on social media which showed the stages of their relationship.

In the video, the celebrity couple offered fans a glimpse of their fairytale romance; from the proposal to courtship to wedding and now pregnancy.

As soon as, Anita shared the news about her pregnancy on social media, her fans and friends from industry such as Ridhima Pandit, Adaa Khan, Karanvir Bohra, Yuvika Chaudhary, Mahhi Vij, Jay Bhanushali, Aly Goni, Tusshar Kapoor, Saumya Tandon and many others congratulated the couple for their new beginning as parents.

Anita tied the knot with entrepreneur Rohit Reddy in Goa in 2013. Last year, they participated in the popular dance reality show ‘Nach Baliye 9’, and were adjudged the runners-up.

Anita made her debut in Hindi with Subhash Ghai’s Aishwarya Rai Bachchan, Anil Kapoor and Akshaye Khanna starrer ‘Taal’. She rose to fame in 2001 when she made her debut in Telugu films with Teja’s ‘Nuvvu Nenu’ starring Uday Kiran.

Later the actress went on to act in many Bollywood, Tollywood and Kollywood films, remaining a popular actress in Telugu cinema. Her filmography includes some memorable work like ‘Thotti Gang’, ‘Nenunnanu’, ‘Krishna Cottage’ and more. Anita even has a successful television career in Hindi.

Suraj Pe Mangal Bhari To Have Theatrical Release On Diwali