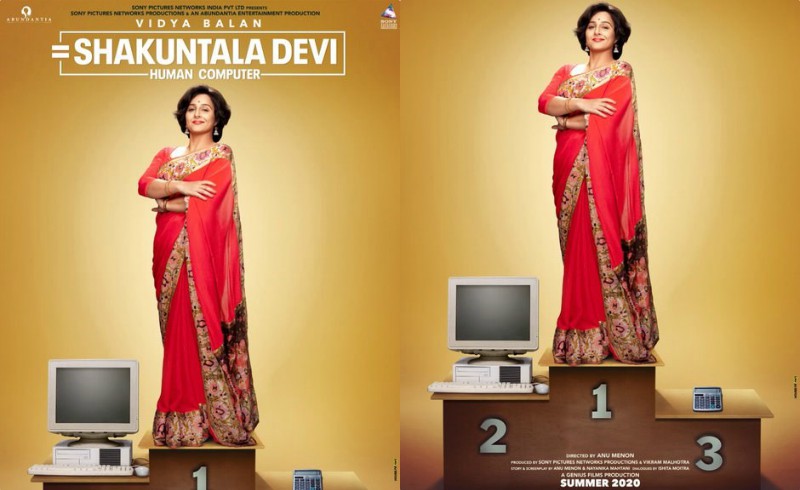 Actress Vidya Balan unveils the first teaser and official poster of the forthcoming biopic based on the life of Math expert Shakuntala Devi and we must admit that the actress is spitting image of the ace personality.

Mission Mangal actress Vidya Balan took to her social media and dropped the first look poster, where she is seen sporting a yet red sari. She captioned it, “Excitement is multiplying each day! Time to dig into the ‘root’ of the mathematical genius, #ShakuntalaDevi. #FilmingBegins @sonypicsprodns @Abundantia_Ent @anumenon1805 @vikramix @SnehaRajani”

In the first look, Vidya is seen flaunting a short bob and a sari. As Shakuntala Devi was a mathematician master, Balan also learnt about her skills that earned her the title of Human-Computer’. Her wicked sense of humor made her popular and loved among her peers.

Sharing the teaser, Vidya balan tweeted, “She was extraordinary, in every sense of the word! Know the story of the child prodigy & the human-computer, #ShakuntalaDevi @sonypicsprodns @Abundantia_Ent @anumenon1805 @vikramix @SnehaRajani”

Shakuntala Devi’s genius was first discovered at the age of five when she apparently solved a mathematical problem designed for 18-year-old students.

The film is directed by Anu Menon, who has also co-written the screenplay.