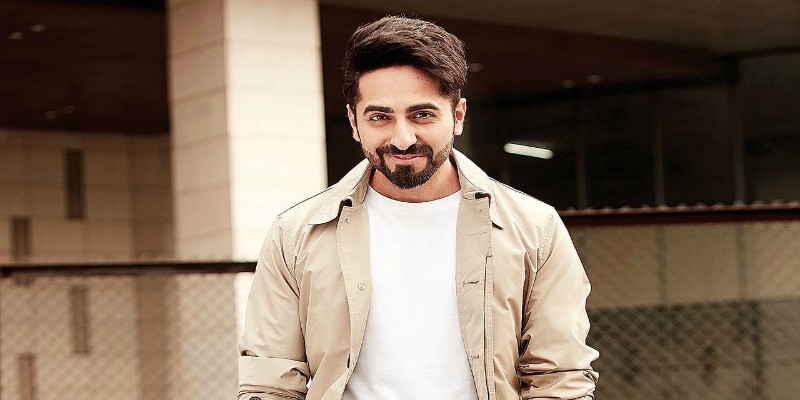 We all have seen the rise of Ayushmann Khurrana, from Vicky Donor to Article 15, the actor has shown grit and unprecedented growth and now the content driven performer has bagged a National Award for his stellar performance in Andhadhun and his family drama Badhaai Ho also won.

Ayushmann Khurrana starrer two massive block-busters – Badhaai Ho and AndhaDhun – have been honoured with National Awards in different categories.  The actor has been honoured with Best Actor Award for his stellar performance in Andhadhun.

Talking about the win, he said, “It’s truly humbling and hugely gratifying to win the coveted National Awards. As an artist, I have always tried to back disruptive content that stands out for its quality content. Today’s honour is a validation of my hard work, my belief system, my journey in movies and my reason to be an actor in the first place. Over and above my personal win, I’m thrilled that both the films that I have done – AndhaDhun and Badhaai Ho have won at the prestigious National Awards. It again validates that people of our country want to see cinema that entertains, that they can cherish, discuss and endorse”

Sharing about the filmmaker Sriram Raghavan, he added, “AndhaDhun is a path-breaking film and Sriram Raghavan deserves all the accolades for creating a new genre of cinema for Indian audiences to enjoy. I have been truly fortunate to be a part of Sriram Raghvan’s vision and congratulate my director for his genius. As an artist, AndhaDhun challenged me and I strongly feel it made me a better actor”

Adding about Amit Sharma, the filmmaker of Badhaai Ho, actor Ayushmann added, “With Badhaai Ho again I took up a taboo topic because I believed that people would be ok to see this kind of cinema. I’m glad that a subject like Badhaai Ho also won big today and I congratulate my director Amit Sharma for his breakthrough script that became a talking point in every household. It was a pleasure to collaborate with a forward thinking creative mind like him and again disrupt the stereotyped notions of what Hindi cinema should be”

Meanwhile on the work front, Khurrana will star as a man, who cross-dresses to play Sita in a staging of the Ramlila in the comedy Dream Girl, after which he will play the titular role in Bala, a satire on premature balding, which will mark his third collaboration with Pednekar and second with Gautam.

Khurrana will also reunite with Shoojit Sircar for the comedy-drama Gulabo Sitabo, co-starring Amitabh Bachchan, and will play a gay man in Shubh Mangal Zyada Saavdhan.

Ladakh, experience the beauty of nature