Chinese Pe charcha at the launch of Wow! China 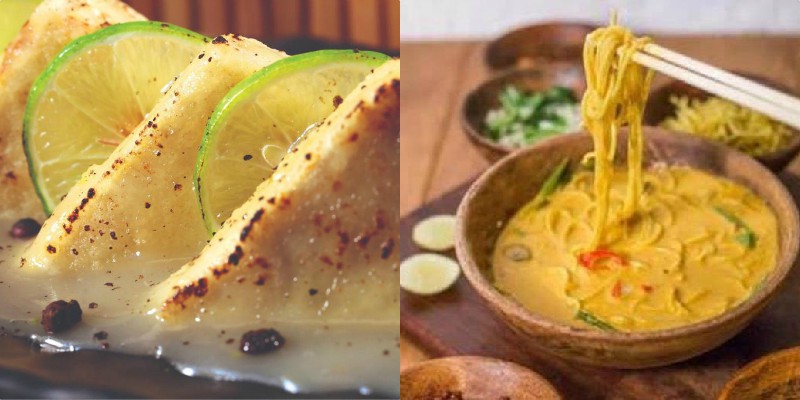 Chinese Pe Charcha was successfully hosted at the recently launched WOW! China outlet by one of India’s most popular food show-host and television personality Mr. Kunal Vijayakar. He was in an engaging conversation with Sagar Daryani, Co-Founder & CEO, Wow Momo Foods Pvt. Ltd. and Mr. Riyaz Amlani, CEO and Managing Director of Impresario Entertainment & Hospitality. The discussion was attended by a select group of food lovers and fans of WOW! China and WOW! Momo brands at the Food Court of Phoenix Marketcity, Kurla mall.

Chinese is the most popular foreign cuisine in India surpassing all others like Continental, Italian and Mexican. Wow! China is a favored jaunt for foodies to get their hands on the flavorful, succulent and lip-smacking Indianised Chinese food options. On the occasion, Mr. Sagar Daryani, CEO & Co-founder of WOW! Momo & now WOW! China, said, “There is no denying that Chinese food is extremely popular in India. In North India, the second most popular cuisine is Chinese after north Indian food & likewise in South India, the second most popular cuisine is Chinese after South Indian. The idea behind WOW! China is to provide Indian customers with palate-tingling flavours of roadside stalls coupled with standard Chinese dishes from expensive restaurants at economical prices with a touch of innovation. Indian Chinese is what we’re looking to serve & our ‘chindian cuisine’ would be a very on-the-go, compact menu with limited soups, starters, noodles, rice & main course.”

“At WOW! China, food is a theatre, the live Chinese is an attempt to bring alive all senses including the consumer palate.” Adds Mr. L. Muralikrishnan Chief Branding Officer at WOW! Momo
At the heart of the company’s success lie its innovations through which the founders re-invented the momo-eating experience of Indian Chinese-food lovers.

About WOW! Momo Foods Pvt. Ltd.:
WOW Momo Foods is a start-up mono QSR brand incorporated in Kolkatta in 2008. With a simple vision of Sagar Daryani and Binod Homagai to make roadside cuisine like having momos, fun, hygienic and interesting the brand has grown to 281 outlets spread across 15 cities in India and still growing at an incomparable speed. Hunger to innovate, Humility in growth and Hardwork are the 3H that WOW! Momo Foods believes and lives up to. In 2018, WOW! Momo Foods forayed into Chindian cuisine by serving Indian Chinese cuisine in a QSR format.

About Wow! China:
WOW! China intends to do with Chinese food what Wow! Momo did with momos, i.e., give the roadside cuisine the look and feel of a brand, while heightening the eating experience of Indian food-lovers on the back of their culinary innovations and standardization of services. Like Wow! Momo, the new brand format shall operate out of kiosks, food court outlets in malls & tech parks, High Street locations & interestingly the cloud kitchen model