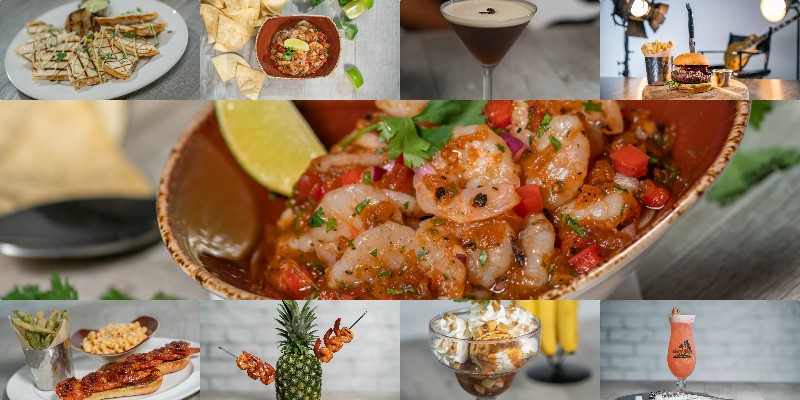 Mumbai, September 9, 2019 – Globally renowned brand Hard Rock Cafe India is set to roll out a revamped version of a limited-time menu – INFUSED WITH LOVE to keep your ‘spirits’ high this season. Back on popular demand, the drunken menu will be available at Hard Rock Cafe India from Sept. 2 through Oct. 27, 2019.  They will be serving new and flavorful dishes infused with alcohol from Margarita Chicken Quesadilla to the Bourbon infused Shrimp, along with a specially crafted beverage menu.

The new dishes include:

“Hard Rock Cafe strongly believes in innovating and bringing alive unimaginable concepts’, said  Chef Priyank Chauhan, Senior Brand Chef  Hard Rock Cafe India. “As a country that loves to experiment with food, we have always been intrigued by the idea of an alcohol-infused menu. Also, going by the response we garnered during the last edition of the festival, we have brought back the concert of flavors with a twist of Hard Rock of course. This time we have some new offerings like Margarita Chicken Quesadilla and my personal favorite Bordeaux Burger.”

Additionally, Hard Rock Cafe has a new limited-time beverage menu that is ready for the spotlight. Created by top mixologists, guests can pair their booze-infused dishes with cocktails like Rock You Like a Hurricane, a spiced rum cocktail with a tropical blend of passion fruit, pineapple and fresh lemon juice that is finished with a dash of bitters and a dark rum floater. Other boozy options include the Blackberry Sparkling Sangria, Espresso  Martini and Cookies & Cream Shake.

“The new menu is bold, experimental, fun and legendary said Sanjay Mahtani, Co-Founder and Director, JSM Corporation India. The festival is not only delicious but is addictive too and we are sure that it will clock in more demand than last year.”

GOBBLE your DRINK or GULP your FOOD, this one is twisted yet INFUSED WITH LOVE!

Bath and Body Works Launches its Online Store in India