Most of you might not be familiar with a Miswak stick which is nothing but an ancient toothbrush. These amazing toothbrush sticks would come with several benefits for your oral health as it has been used for centuries. Since they are known to be ancient toothbrushes, your dental care would be much better than the modern ones. When it comes to the modern age, the products are being inculcated with chemicals and so people are turning to embrace the natural ones. Obviously, you might be wondering about the uses of brushing your teeth with a Miswak stick. Read on to know more in detail!

What is Miswak? Well, Miswak is a twig that helps in cleaning teeth and has been in usage for more than 7000 years now! It is generally associated with a tree commonly known as ‘Arak’ in Arabic.

BID ADIEU TO BACTERIA: Your mouth could be a house for several kinds of bacteria which would worse your oral health. Not all bacteria could create harm as they might even be beneficial in digestion and oral health but some might act negatively impact the health of the mouth like erosion of tooth enamel. However, brushing your teeth with Miswak sticks could curb the growth of bacteria because of its antibacterial effects.

SLOWS DOWN THE DECAY: This is one of the most essential benefits of the Miswak stick. Since using a Miswak stick for brushing your teeth, it would combat tooth decaying as well as the development of cavities. As people are tempted towards the cavity-causing sugar, they must protect their tooth from the possible harms. When you go for Miswak sticks, the presence of natural sodium bicarbonate, sodium chloride, and calcium oxide in this ancient toothbrush would reinforce the tooth enamel and ward off cavities. 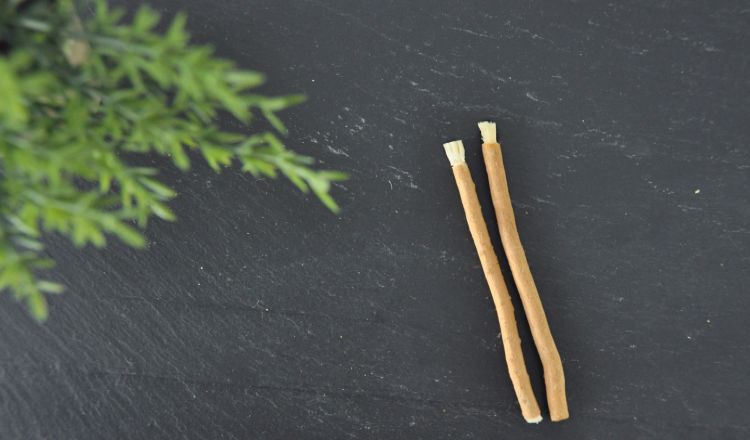 HEALTHY GUMS: Just like the health of your teeth, gum health is essential as well. The gums would protect the roots of your teeth thereby making them strong whenever you chew or chomp. The presence of anti-bacterial and anti-plaque properties of a Miswak stick would go through a chain reaction which in turn would heal your gums and reinforce it by all means.

GO WHITE WITH THE STICK: Since there would be a balancing of bacteria when using a Miswak stick, it would offer you whiter teeth eventually. The prevention of plaque development of the ancient toothbrush would also remove the stains left by the foods and drinks you consume. Who else would like to see those awful yellow stains on your teeth? Well, make it whiter with the help of Miswak stick.

EASES THE PAIN: Of course, almost all of us require gum repair at a certain point. Being a natural analgesic substance, Miswak sticks are extremely helpful in getting rid of the pain caused by inflammation and disease in your gums. It would not only cure the damaged area but also ease the pain thereby making it comfy. It would thus make your unhealthy gums to be better and healthy.

FIGHTS CANCER: While brushing your teeth with a Miswak stick could proffer better breath, reduces gum disease, and whitens the teeth, it could be extremely beneficial in combating cancer. The presence of natural anticarcinogenic, and antioxidants in this stick would make it effective to work against the risk of cancer development in the first place.

8 Healthy Snacks For Teenagers Who Are Always Hungry

‘Regular exercise, yoga, meditation, combined with a healthy diet can help in the…

SOCIAL is back with #SOCIALStumps this Cricket Season