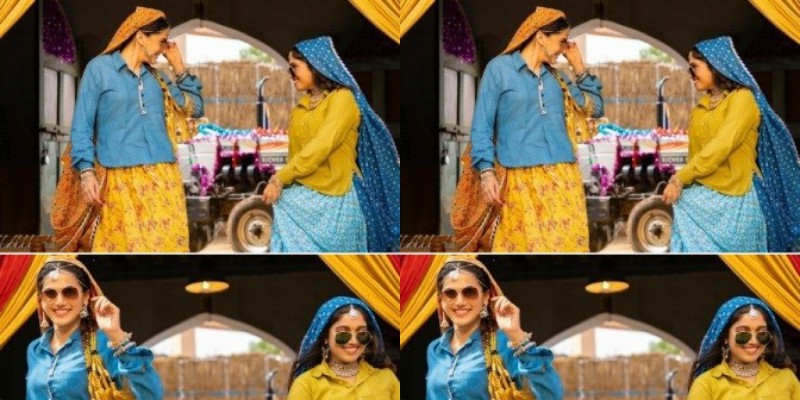 After Udta Teetar song, the makers of Saand Ki Aankh will soon hit the music lovers with yet another quirky and peppy song, titled Womaniya, the first look and teaser for the song are out and it release tomorrow morning.

Actress Bhumi Pednekar dropped the teaser of the song on social media. She captioned it, “DHAMAAL with #Womaniya…Song out tomorrow at 10 am! @taapsee @tushar1307 @nidhiparmar @RelianceEnt @ZeeMusicCompany”

Actress Taapsee Pannu dropped the vibrant and colourful looks from the song on her timeline. She captioned it, “Ghoonghat & Ghaghra…Shades…#Womaniya…#SaandKiAankh”

Saand Ki Aankh is a biographical drama directed by Tushar Hiranandani and produced by Anurag Kashyap, Reliance Entertainment and Nidhi Parmar. The film also features Prakash Jha and Vineet Kumar Singh as main characters. It is based on the lives of sharpshooters Chandro and Prakashi Tomar.

The film is a biopic based on Tomar Sisters, also known as Shooter Dadis of India. The film explores their lives, hardship and eventually discovering target shooting, which led them to name, fame and glory.

Taapsee and Bhumi took training in air pistol and rifle shooting for their sharpshooter act in the film. It is slated to release on 25 October 2019, coinciding with the Diwali festival.

The Final Chapter – The Revenge from Laal Kaptaan is Out