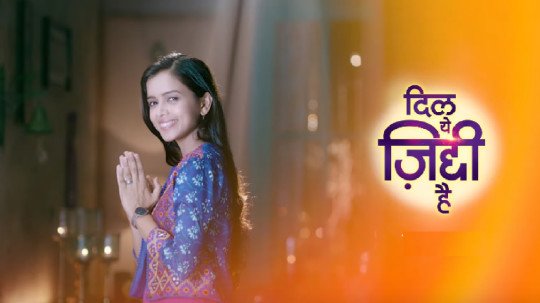 Ad film maker Nitin Mali who is coming up with his TV show ‘Dil Yeh Ziddi Hai’ says that his show is very positive and very much in real space.

Director and founder of Feel Good Production Nitin Mali says he is nervous, excited and confident as well about the forthcoming serial ‘Dil Yeh Ziddi Hai’ on Zee TV, which is about dreams, aspiration and undying spirit to live life.

Nitin Mali, who has produced show for Discovery world in past and been a successful ad film maker, is very confident about the show.  “Feel Good Production believes in providing good content. Our upcoming serial is just the beginning. We’re excited and nervous about the launch but confident about the content of the show. I really wanted to bring a tale of happiness, life, dream and aspiration, which inspire and motivate people.”

‘Dil Yeh Ziddi Hai’ serial will premiere on Zee TV in coming week. The show is set in Jhansi, and chronicles life of an ordinary girl with extraordinary spirit. She suffers from Retinitis Pigmentosa, which will make her blind but she takes charge of her destiny and lives life with high-hopes and spirits.

“I’ve always been inspired by Television. It is such a unique art form; to tell some moving stories on the daily basis. ‘Dil Yeh Ziddi Hai’, is pretty much in real space and will hold the test of time, our content is real and good.”