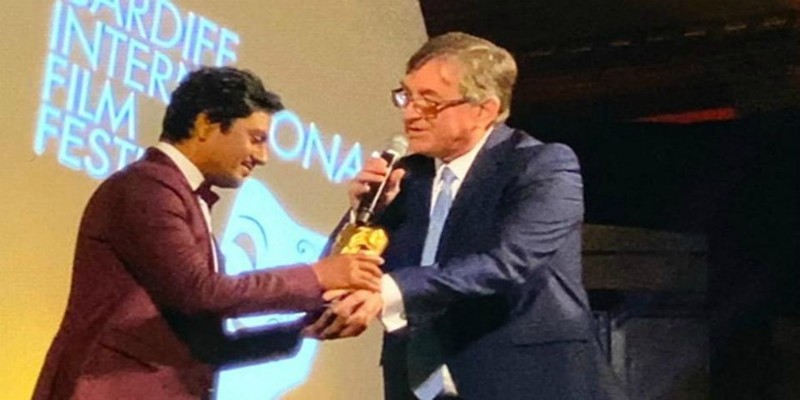 Actor Nawazuddin Siddiqui has been honored with the prestigious Golden Dragon Award at the Cardiff International Film Festival for excellence in cinema in the global arena. The Gangs of Wasseypur actor was presented the award by counsel general of Wales, UK, Mick Antoniw, on Sunday at an event in Cardiff.

Moreover, the actor was also part of the festival’s official jury along with Indian TV actor Divyanka Tripathi Dahiya among others.

On the work front, he has recently appeared in the Netflix series Sacred Games opposite Saif Ali Khan.

Meanwhile, the actor is also awaiting the release of his forthcoming quirky comedy Motichoor Chakhnachoor where he will be seen depicting his romantic side opposite Athiya Shetty.

The Debamitra Biswal-directorial is produced by Rajesh Bhatia and Kiran Bhatia and will hit the theatres on November 15 this year.