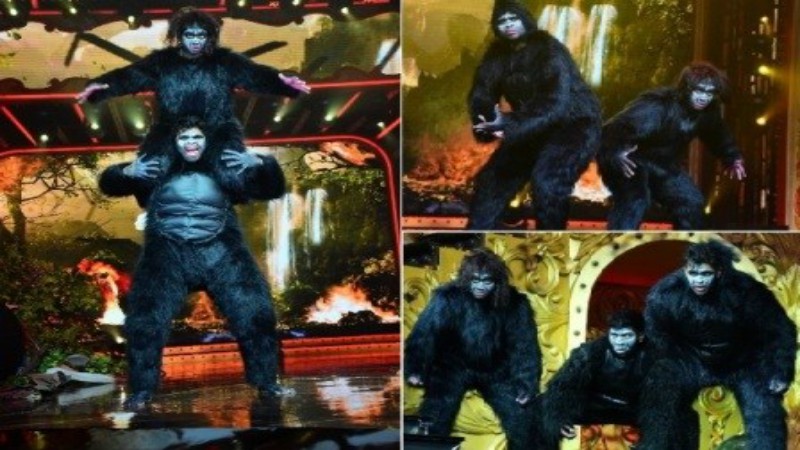 Babita Phogat and Vivek Suhag bring out a social message in their Nach Baliye 9 act; become gorillas being hunted in the jungle.

Babita Phogat and Vivek Suhag, who are the contestants at the popular dance reality show Nach Baliye 9 is performing tremendously well week after week. The couple who have been achieving standing ovations for their acts are both non-dancers and wrestlers by profession. The unique point about their act is the social message that they put in it to send it across through dance and drama as the medium.

In the latest act, the couple danced on the song ‘Sadda Haq’ and had the duo dressed up as gorillas, demanding their rights. The act showed how the poachers, the hunters raid the jungle as if it’s their private property and drag and kill animals as per their convenience and to their own commercial benefit. Through their act, the couple sent out the social message of preservation of the rights of animals, who don’t have the ability to talk like humans and fight for themselves. They brought out the plight of animals as they are rendered helpless when these hunters kill them or take them away to put them in zoological parks, separating them from their families!

Babita Phogat and Vivek Suhag are currently one of the strongest couples on Nach Baliye 9 and despite being, non-dancers are putting their best foot forward. All their acts bring forth significant issues and make the audience, the judges and the co-contestants awe-inspired!

Nach Baliye 9 is being produced by Salman Khan and airs every Saturday and Sunday, 8 PM, on Star Plus.