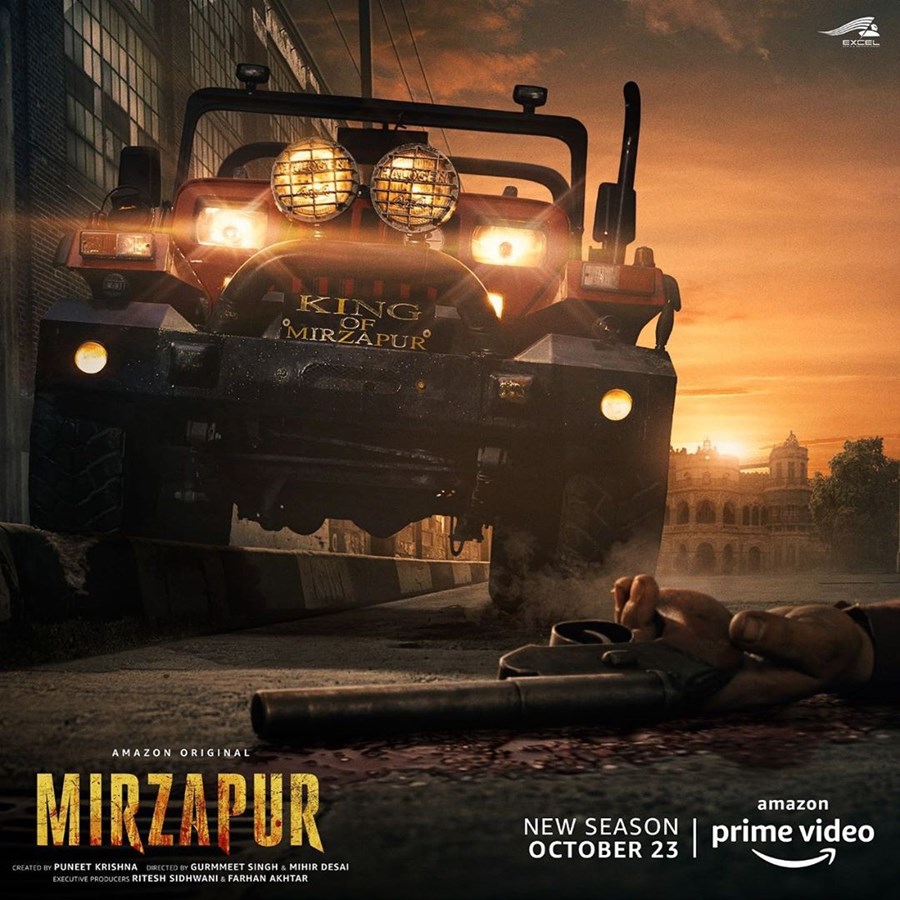 23rd October is almost a month away but the fans cannot keep their excitement to binge watch the second season of Mirzapur. The first season was loved so much by the audience that the second season has become the most awaited show. The actors are also teasing the audience by sharing glimpses from the upcoming season. Actor Pankaj Tripathi shared the new poster of the season 2 which looks dark and grim.

In the poster you can see an open jeep with the number plate imprinted as ‘King Of Mirzapur’. Well that’s what every character in the show dreams about!

‘Mirzapur’ is an action crime thriller which was released in 2018. It is the story of Kaleen Bhaiyya, the King of Mirzapur played by Pankaj Tripathi vs the Pandit Brothers, Guddu and Bablu played by Ali Fazal and Vikrant Massey respectively. The series is primarily shot in Mirzapur and it revolves around drugs, guns and lawlessness. Alongwith them, the show also starred Divyendu Sharma, Shweta Tripathi, Shriya Pilgaonkar, Rasika Dugal, Harshita Gaur and Kulbhushan Kharbanda.

The second season of the show will also feature Vijay Varma, Priyanshu Painyali and Isha Talwar. The show is directed by Gurmmeet Singh and Mihir Desai and produced by Excel Entertainment. Show is all set to release on Amazon Prime on 23 October.

Meanwhile, Pankaj Tripathi has a list of films to be released. He will soon be seen in Dibakar Banerjee’s ‘Sandeep and Pinky Faraar’, Kabir Khan’s ’83’, Anurag Basu’s ‘Ludo’ and Sanjay Gupta’s ‘Mumbai Saga’.