Thinnai – What is the history behind it? 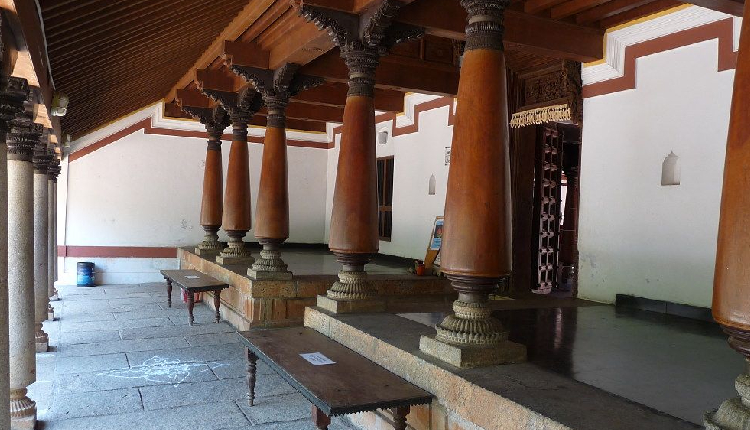 If you’re not a south Indian who grew up in a somewhat ancient house, you might not have heard about an important thing about the ancient south Indian houses. The architecture of ancient south India consisted of many things and including a Thinnai in a house was one of them. You can still see the houses having Thinnai’s in rural areas of South India. But you must first know what it is and what is the history behind it, right? So let’s take a look at some important things you should know about Thinnai and why they were pretty important. Keep reading!

Thinnai and everything you need to know about it:

A ‘thinnai’ is a shaded area where you can sit and watch your surroundings. Of course, in South India, thinnais were typically used to monitor the surrounding neighbourhood and converse with people as they passed by. This made the feature a booster of socialisation within the neighbourhood. A thinnai is a covered verandah or sit-out with built-in seating near the front door of a house. A gathering spot for the family to chat, debate news, read, or perhaps take a nap whenever they want.

The thinnai is a multi-functional structure that encourages socialisation while also shading the home’s main walls from direct heat penetration. And it keeps the indoor environment cool. Because it is located near the entrance, the thinnai or verandah becomes a key architectural aspect of the home. Aesthetics are frequently used to characterise architectural and cultural influences. It is a transitory place that connects the inside and external, removing the abrupt and jarring transition from the vastness of the exterior world to the confined inner spaces.

You may also like: 10+ South Indian Ornaments that are Diminished from the Sight

The history of Thinnai or Verandah:

Even though thinnai is most commonly linked with south Indian architecture, similarities can be seen all around the world. The ‘verandah’ first appeared in colonial architecture in Australia in the 1850s, with ornamental ironwork screens and cast-iron framework. They were seen throughout the southern United States, such as in New Orleans, where it is still an important feature of the city’s architecture. In Victorian England, the feature was particularly popular as a shaded area to relax. Large verandahs were common in early colonial houses in Africa, specifically to keep comfortable during hot weather. The British in India additionally built verandahs that wrapped around their homes.

What are the benefits of having a Thinnai?

This Mother’s Day, Give your Mother the Gift of Time!

Nght Mrkt presents, A Nght of Afro with Unnayana, Hamza Rahimtula and Vidur Grover on…