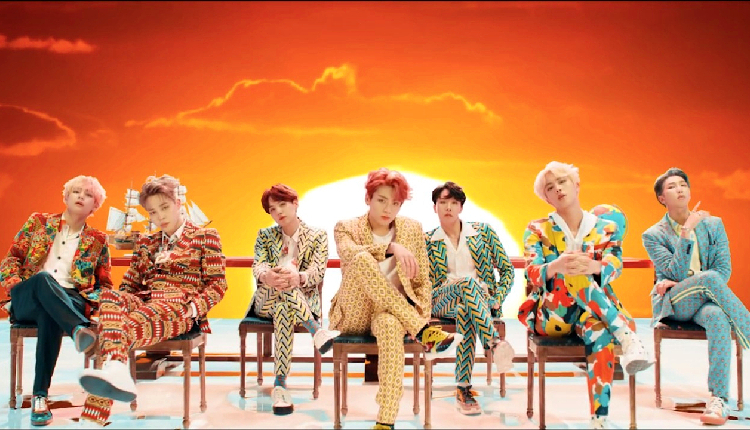 BTS has risen to prominence as one of the world’s most popular boy bands, particularly after the release of recent songs such as ‘Dynamite’ and ‘Butter.’ Each member (Jin, Suga, J-Hope, RM, Jimin, V, and Jungkook) has been instrumental in the group’s various albums, EPs, tracks, and even a video game score. The band recently declared a short break to focus on solo projects, although they have promised to return as soon as possible. Even though the band isn’t disbanded, it appears that releasing a group song will take some time. So here are some of their most iconic songs to listen to on repeat till they return.

The track, which was released during the year 2020, delivered BTS’s first-ever No. 1 hit on the Billboard Hot 100 charts and stayed on the chart for three weeks at a time. It is the group’s first totally English-sung single. Dynamite’s popularity may be assessed by the idea that it was recognized for the MTV Europe Music Award for best single, the People’s Choice Award for the favourite music video, as well as the People’s Choice Award for favourite song within 3 months of its debut. Dynamite has a vintage vibe to it and the edgy and joyful style, along with upbeat vocals and candy-coloured scenery, makes the song a visual feast.

You may also like: The Global Fan Following of BTS: A Storyline

BTS’s Blood, Sweat, and Tears is yet another proof of the team’s incredible talent. The song received the Mnet Asian Music Award for Best Dance Performance as well as the Soompi Award for Song of the Year 2016 after being aired as the title track from the band’s album in October 2016. It’s tropical house music that redefines love. It demonstrates a willingness to place everything on the line for love, even if that includes being willing to commit a sin.

Whenever it comes to bops, BTS is just unrivalled. Fake love exemplifies this perfectly. The song is a hit from their record Love yourself: tear, which premiered in May 2018. To date, a number of prizes have been given, such as the MTV Video Music Music Award Japan for Best Group Video – International, and the Mnet Asian Music Award for Global Fan’s Choice. It’s an electro-pop hip-hop song with rock tunes. The moral of the song is that if you aren’t truthful to yourself, your happiness will not last forever. False love was again among the top ten songs on the Billboard Hot 100 chart during 2018.

BTS’record track with American artist Halsey is titled Boy With Love. The lead single from the band’s debut album, Map of the Soul: Persona. On the day of its debut, the song smashed three YouTube records: most viewed video in 24 hours, most viewed music video in 24 hours, and most seen music video by a K-pop group within 24 hours. It also became the fastest video to reach 100 million views on YouTube at the time that it was released. The song tells the story of a young kid on his road to self-discovery and self-love.

BTS is one of the few performers who know how to use bold colours in a fun way. DNA, the K-pop band’s renowned song, is only about love. In 2017, the song charted on the Billboard Hot 100. They actually earned the Melon Music Award for the best music video in 2017. The group’s great discography and incredible use of Graphics in DNA will completely astound you.

With every single song, BTS sets a new Streaming record. With Idol, BTS broke the record for most music videos watched online within 24 hours, surpassing 45 million views. The August 2018 video also received the People’s Choice Award for Best Music Video, the Mnet Asian Music Award for Favorite Music Video, and even the Genie Music Award for Best Music Video. It appears on the album Love Yourself: Answer by BTS. Idol preaches the importance of loving oneself and embracing your flaws.