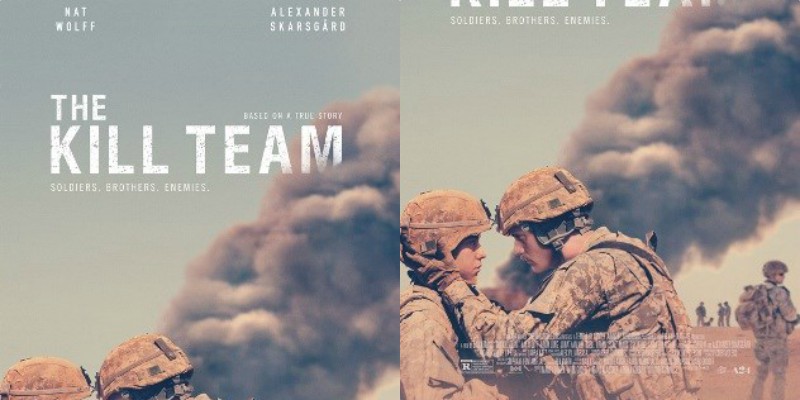 The first official trailer for a war drama titled The Kill Team, the narrative feature directorial debut of filmmaker Dan Krauss. It’s intriguing to see a film addressing the darker side of the American military, and how they often crossed the line in Afghanistan. This looks better than expected.

This is based on the same events that inspired his own 2013 documentary also titled The Kill Team – about a young American soldier in Afghanistan is disturbed by his commanding officer’s behavior and is faced with a moral dilemma.

The Kill Team follows a young soldier in the U.S. invasion of Afghanistan who witnesses other recruits killing innocent civilians and considers reporting them to higher-ups as the heavily armed, increasingly violent platoon becomes suspicious that someone in their ranks has turned on them.

The film is described as “an urgent and explosive recounting of one of the darkest incidents in the not-so-distant history of American military exploits.”