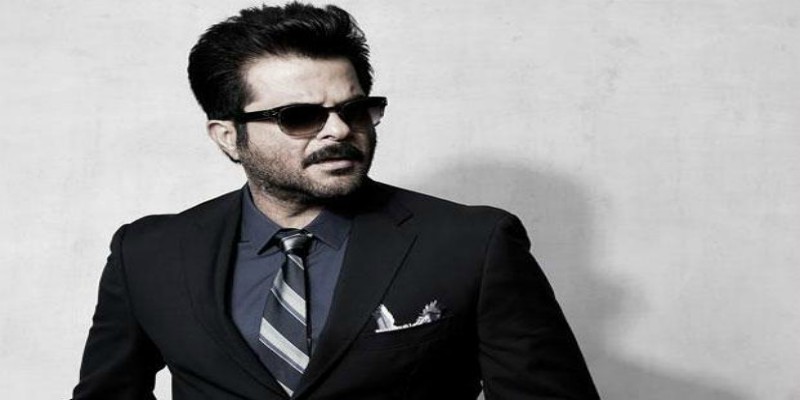 Actor Anil Kapoor has said that he has always been ready to fail and to make fool of himself and that’s the reason he has been able to stay relevant in the film industry since last 40 years.

Anil Kapoor was interacting with the media at when Eros Now and Microsoft came together for their promotional event on Thursday in Mumbai.

Anil Kapoor’s career has spanned 40 years as an actor, and as a producer since 2005. He has also won numerous awards in his career, including two National Film Awards and six Filmfare Awards in varied acting categories. He has worked in Hindi, Telugu, Kannada and English language films.

Anil Kapoor has performed varied kind of roles in different languages since the beginning of his film career, when asked Kapoor how does he manage to stay relevant for such a long period, he said, “I take inspiration from individuals and companies. I keep on reading, watching and listening to new things. I have my children who keep relevant and keep me on my toes. Two of them are actors and one is a producer so, it’s an atmosphere of different tastes and everybody in the house has got a different kind of passion. Nobody is a fan in my house of anybody so, I get a lot of inputs from my children and family.”

Kapoor said that he is ready to make fool of himself, he said, “I am ready to fail and that’s the biggest lesson which I have learned. I am ready to make a fool of myself and I think that’s what has kept me relevant. I have dived into things when people told me not to do it.  I started as a background dancer and when I started my career in Telugu and Kannada films, I did a small part in those films so people told me that if you keep on doing small roles you will keep getting small roles in all your life. I did my Hindi film debut with a completely unconventional film (Who Saat Din) where I played a small town who comes to the city to become a music director.”

Kapoor added that he is taken risks all his life, he said, “Throughout my career, I have taken risks. Out of the blue, I did a Hollywood film called ‘Slumdog Millionaire’ and many people from this film industry had said no to the film but I did it. I have been a leading actor all my life but for that film, I did a small cameo and it turned out to be really well. Then I did a television series called ‘24’, that time, people told me that you have been a part of film (Slumdog Millionaire) which won 8 Oscar awards  then why are you doing television but I did that as well because I liked my role and the story and today, everybody is doing that. I did it 8-9 years back. I always believed in a marathon so, that’s been the reason I have been in this industry for the last 40 years.”

When asked Kapoor about how the entertainment fraternity has adapted to new technology change, he said, “For us, it’s about telling the story no matter what the platform is. It might be theatre, films or television. Now, I am creating content for the digital format. I think all of us are adapting very well. I have tried to adapt myself with technology because that’s the way you can completely reinvent yourself. Our industry is on a threshold of adapting new things and technology. Now, if you see all the films are being shot digitally rather shooting on film tapes. I feel digital is the future. Not in films, but every other field in India is adapting really well to technology change.”

He added, “Our honorable prime minister (Narendra Modi) is encouraging it. There are a lot of incentives provided by the government for using technology in our country. I think we Indians are very good at adapting new things. We are really hardworking people who can work for 16 to 18 hours a day without blinking any eyelid and that has been one of the reasons for our success.”