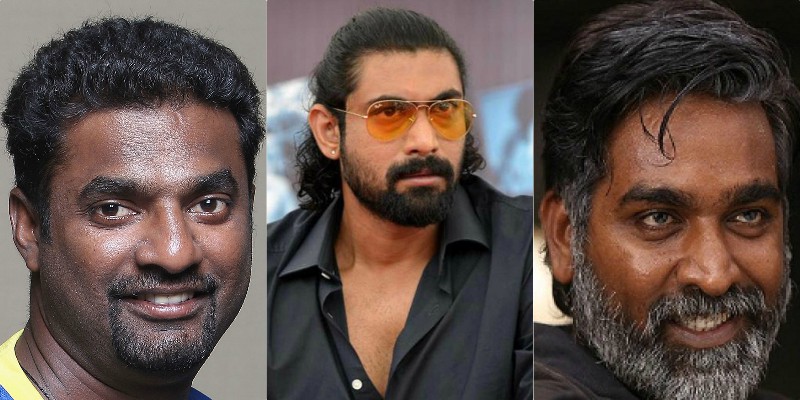 India Cinema is buzzing with biopic based on Cricket, Kabir Khan is helming 83, Nani just releases Jersey and now stellar actor Vijay Sethupathi is all set to bring the story of Sri Lankan cricketer Mutthiah Muralitharan on screen.

The film has been announced, yet untitled, but will see Vijay Sethupathi playing the main lead as Sri Lankan spinner Muttiah Muralitharan. The will be helmed by MS Sripathy.

Actor Vijay Sethupathi, who was last seen in Sindhubaadh, is prepping up to play Sri Lankan spin legend Muttiah Muralitharan in a yet-untitled biopic on the former player and Baahubali star Rana Daggubati has come on board to produce the film.

Rana Daggubati also confirmed the film. He shared, “Suresh Productions and I are proud to be associated with Dar films in telling the story of a legend thru a legendary actor. #VijaySethupathi as #MuttiahMuralidharan soon!! @SureshProdns #DAR”

This will be first time ever in Indian cinema history that an Indian actor will be seen playing someone from neighbouring country.